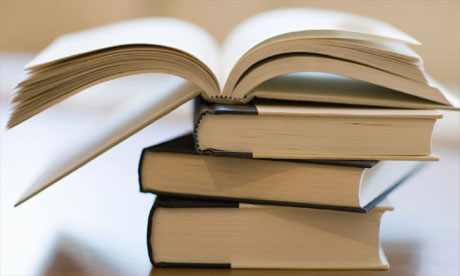 One of the signs of coarsening of our society is the content of children’s books.

In this year’s lecture at Hillsdale College, Meghan Gurdon makes a plea for good taste in books for young readers. Meghan focuses particularly on Young Adult—YA—literature written for readers aged 12-18.

What kind of books are we talking about? Let me give you three examples—but with a warning that some of what you’re about to hear is not appropriate for younger listeners.

A teenaged boy is kidnapped, drugged, and nearly raped by a male captor. After escaping, he comes across a pair of weird glasses that transport him to a world of almost impossible cruelty. Moments later, he finds himself facing a wall of horrors, “covered with impaled heads and other dripping, black-rot body parts: hands, hearts, feet, ears, penises. Where the f— was this?”

A girl struggles with self-hatred and self-injury. She cuts herself with razors secretly, but her secret gets out when she’s the victim of a sadistic sexual prank. Kids at school jeer at her, calling her “cutterslut.” In response, “she had sliced her arms to ribbons, but the badness remained, staining her insides like cancer. She had gouged her belly until it was a mess of meat and blood, but she still couldn’t breathe.”

I’ll spare you the third example—it’s a little raunchy for Inkwell, even though Meghan tells us she has declined to read the more offensive parts of Daria Snadowsky’s 2008 Young Adult novel, Anatomy of a Boyfriend.

Meghan acknowledges that books for children and young people have often been dark, citing as examples Hansel and Gretel and Beowulf. Beowulf, she observes, despite the gore, is civilizing. It has a serious theme, “absorbing rhythms,” and won’t lead to callousness. Neither Beowulf nor Hansel and Gretel is degrading.

Many in the field of YA literature advocate that children should be exposed to the world’s most un-redemptive ugliness. The Young Adult genre is “increasingly lurid, grotesque, profane, sexual, and ugly.” Young people miss out on beauty, and there are indications that this “literature” has bad consequences. For example, a study at Virginia Tech found that young women who read “chick lit” are likely to feel more insecure about their bodies.

Of course, these crummy books won’t stand the test of time. Unfortunately, by the time they are forgotten many people will have reached adulthood without being exposed to anything better. The damage will have been done.

But I’m not doing justice to Meghan’s fine talk. I urge you to read it in its entirety.