This weekend Nancy Pelosi was inducted into the National Women’s Hall of Fame. It’s certainly fitting for the first female speaker of the House to be so honored, but one wonders if those using the occasion to celebrate Mrs. Pelosi’s accomplishments are a bit out to lunch on current events.  For example, Cecile Richards, president of Planned Parenthood, tweeted: 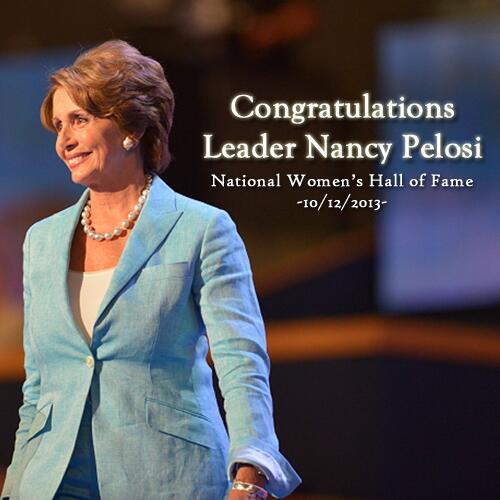 Yet the biggest news about Obamacare isn’t that millions of women are seeing their premiums drop because of regulations that shift their costs to men. No, the real news is that millions of Americans aren’t exactly sure how much their health-insurance premiums will be – or what their policy options are – since the launch of the Obamacare exchanges have been a Hall-of-Fame-deserving flop.

Megan McArdle explores the magnitude of the ongoing Obamacare-implementation disaster, noting that it was both fueled by politics – an administration and Democratic party that didn’t want voters before the 2012 election to know how this system was really going to work in practice – and sheer incompetence and hubris, with government bureaucrats taking on jobs they had no hope of fulfilling and ignoring glaring warning signs of disaster. McArdle’s piece is worth reading in whole to see why a one-year delay in Obamacare implementation isn’t a crazy partisan ploy, but the most responsible course of action.

One of Mrs. Pelosi’s most famous statements – though I doubt it got any play at the awards ceremony – was that Congress would have to pass the Affordable Care Act for Americans to find out what’s in it. That prophecy is being fulfilled today as Americans are learning firsthand what happens when government tries to assume responsibility for micromanaging huge segments of American life.

Let’s hope this education in the fatal conceit of big government will be Mrs. Pelosi’s most lasting legacy.