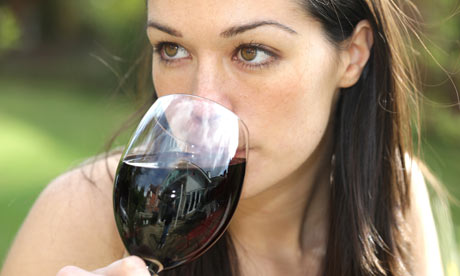 Women And Alcohol: A Shot Of Reality Is Needed In This Conversation

Marketers know women are the primary shoppers for just about everything, which is why even ads for many male hygiene products are designed foremost to appeal to women.  It’s no surprise, therefore, that companies selling alcohol—whether it’s wine, hard liquor, even beer—are trying to appeal to the female market, including by creating new products tailored to women.

Some suggest, however, that such attempts to appeal to women are out of bounds, and encouraging women to descend into alcohol abuse.  Salon, for example, recently published an article entitled, “Stop calling alcohol “MommyJuice”: How liquor companies target women,” by Ann Dowsett Johnston, author of the book,Drink:  The Intimate Relationship Between Women and Alcohol.  The article’s teaser took it a step further, claiming marketing tactics are creating “a massive new health problem for women,” an angle that was repeated in numerous follow up articles and interviews.

Yet is America actually witnessing an explosion of female alcohol abuse?

Not exactly.  Data in the National Survey on Drug Abuse and Health shows that since 2000, the portion of women over age 26 considered heavy drinkers crept from 2.1 percent to 2.6 percent.  (Note that the portion of males who qualify has heavy drinkers rose more over the same time period, from 4.8 to 5.7 percent.  Somehow that doesn’t make these headlines.)

Interestingly, while rates of adult alcohol abuse rose slightly, use and abuse by teenagers declined significantly.  According to the government’s Youth Risk Behavior report, in 2011, 37.9 percent of female high school students reported having one alcoholic drink in the last 30 days, which is down from 49.9 percent in 1995.  The decline among high school boys was similar.  More importantly, binge drinking—the drinking of five or more drinks at a time—fell more precipitously:  28.8 percent of high school girls reported binge drinking in the last 30 days in 1995 compared to 19.8 percent in 2011. 37.3 percent of high school boys binge drank in 1995 compared to 28.8 percent in 2011.

Certainly, binge drinking remains a problem, particularly among teens and young adults, and too many men and women have an unhealthy dependence on alcohol.  Yet alarmist headlines about an explosion of alcoholism among women simply aren’t supported by these statistics.

Moreover, there is no evidence that any increased use of alcohol is a result of more persuasive, female-centered marketing.

In fact, while Johnston laments the role of marketers and pop culture for glamorizing alcohol use, the story of her own slide into alcoholism suggests other factors drive the phenomenon.  First, genetics appears to play an important role in alcoholism—in fact, the National Institute of Healthwrites:  “Research shows that genes are responsible for about half of the risk for alcoholism.”  And indeed Johnston has revealed that both of her parents were alcoholics.  Acknowledging this often over-looked relationship could be an important tool for reducing alcoholism: People should be aware if their family has a history of dependence, and take extra precaution to avoid starting on a path that might trigger dependence.

Johnston also describes the main reason that most people who drink choose to do so:  Alcohol can enhance an experience, and create a sense of ease and well-being, whether it is at a dark Irish pub, a posh New York City club, or on the beach watching the sunset.  Johnston liked the effects of alcohol; she wasn’t tricked by pink labeled bottles or aping Sex in the City characters.

There is also real reason for extra concern about the effects of alcohol abuse by young women.  Women are more vulnerable to the long-terms effect of alcohol, and since they are more likely to contract sexually transmitted diseases and can become pregnant, they face higher risks of risky sexual decisions made while under the influence.  That’s a conversation we ought to have:  We should be talking to our daughters and friends about the dangers of excessive drinking, whether that’s binge drinking or long-term alcohol abuse.

Yet there is something unnerving—from a women’s equality perspective—with the alarmism about women and alcohol.  There is little hand-ringing about men having a drink after work; why is it then that many seem to believe that playfully labeling wine “Momjuice” will encourage ignorant young mothers to turn playdates into frat parties?  Is it so outrageous that some moms want to continue with a social life, and yes that includes a relaxing glass of wine with a girlfriend while watching the kids?

Activists who dream of outlawing what they see as the worst of our cultural practices—whether that’s curtailing marketing practices, censoring media, or levying taxes on certain goods—should be warned that, in addition to treading on the idea of free speech and personal responsibility, these tactics are unlikely to be effective.  Keep in mind that alcohol is already supposedly illegal for those under twenty-one.

Sin taxes on alcohol are similarly unlikely to have much impact.  Germany, for example, attempted to discourage teenage drinking, particularly among young women, by taxing sweet alcohol drinks that were targeted to the youngest age group.  The tax succeeded in reducing consumption of that specific type of drink and temporarily of alcohol, but then the teens substituted away from the taxed beverages to different alcoholic drinks so that the rate of alcohol consumption wasn’t reduced.  Any attempt to curtail advertising would appear similarly doomed to ineffectiveness, especially since direct advertisements represent just a small share of the overall messages Americans, particularly American youth, receive about alcohol consumption in the media and pop culture.

Certainly, our culture glamorizes unhealthy behaviors, whether it’s smoking, casual sex, driving recklessly, or drug and alcohol abuse.  And society ought to consider how we can create better role models, particularly for young people, for healthy behaviors, including responsible alcohol consumption. Yet it’s important to remember that only a small share of those exposed to this media and these messages actually go on to develop substance abuse problem.

We need sober conversations about how to discourage problem drinking, but finger pointing and misleading alarmist headlines about trends in drinking aren’t helping that cause.

Lukas, mom of four, is the managing director at Independent Women's Forum and co-author of Liberty is No War on Women.