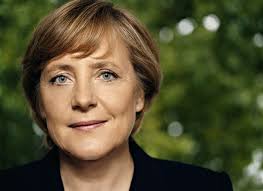 Something Ms. Merkel Should Understand Instinctively…

IWF’s Carrie Lukas, who lives in Berlin, has a must-read article in the European Wall Street Journal on why requiring gender quotas for the boards of publicly-listed companies in Germany is a bad idea.

The German government is considering requiring that the boards of such companies must have at least 30 percent woman by 2016. As Carrie notes, those who support this move point to a similar initiative in Norway as evidence that such a requirement will be beneficial in Germany.

Just one problem: the experiment in Norway isn’t quite as encouraging as it is cracked up to be. Carrie notes that studies suggest that having women on boards yields benefits.

Yet this research doesn't mean forced board diversity will yield economic gains. In fact, a 2011 University of Michigan study of the impact of Norway's quota reached the opposite conclusion: "The quota led to younger and less experienced boards, increases in leverage and acquisitions, and deterioration in operating performance, consistent with less capable boards."

The statistics from Norway further suggest that the quota system will not help women as a whole: it seems that many businesses “draw on” a small elite cadre of women, who serve on numerous boards. Outside this group, women have not gained anything from the requirement.

I urge you to read the entire article, but I can’t resist quoting Carie's take on why one German official should know from experience that it is better for women to get ahead in a more organic fashion (something women are doing more and more–without government regulation):

German Chancellor Angela Merkel ought to understand this instinctively. The chancellor provides an excellent role model for women around the world, showing that hard work and determination can carry women to the highest ranks of leadership.

Had the German people been required by law to elect a female chancellor in the name of fairness and equal representation, Mrs. Merkel's achievements would be less inspiring. Fellow world leaders would view her as less formidable, less worthy of respect, and she would have difficultly representing German citizens effectively.