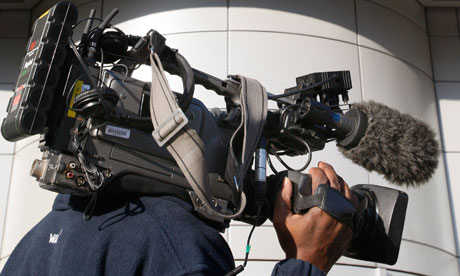 Politico: How Did the Mainstream Media Blow the ObamaCare Story?

Why didn’t the mainstream media do adequate reporting on ObamaCare?

In a piece headlined “How the Media Missed the Two Biggest ObamaCare Screw-Ups,” Politico’s Trudy Lieberman explores this indeed tantalizing question. I’m afraid the piece amounts to a whitewashing of journalistic negligence.

Nobody could accuse the press of ignoring the fiasco-on-a-server that is HealthCare.gov. The Obamacare website’s woes are dominating coverage on the network news, the cable talk shows, the blogs and, of course, high-octane websites like POLITICO.

But did the press do a good job of covering the Affordable Care Act before the health care exchanges went online—sort of—on Oct. 1? Were we adequately warned of the troubles that were to come? And now that HealthCare.gov’s problems are headline news, is the coverage of it any better?

“Were we adequately warned of the troubles that were to come?” Warned? By whom? The Democrats? The administration? The good fairy? This is a mighty passive notion of reporting. Whatever happened to digging for the truth, once considered an essential journalistic endeavor?

As for Lieberman's point about not ignoring the current disaster, does Ms. Lieberman actually think this is something for which the media deserves kudos? But I guess if Lieberman wants to give her peers credit for not ignoring the biggest story of the last two months, well, okay. But this is the question: How did the media fail to report on ObamaCare’s deficiencies until they simply couldn’t turn a blind eye any longer? Here’s Lieberman’s first reason:

Health policy is tough stuff. Since 2007, I have written more than 700 posts for the Columbia Journalism Review examining the coverage of health reform, starting with the debates of the 2008 election and long beyond. From this perch, I’ve seen most of what the press has sent out to the public during the debate over the Affordable Care Act through its implementation last month. And I have to say: With a few exceptions, much of it has been dismal.

Yeah, health care is “tough stuff,” but there were plenty of experts (Grace Marie Turner of Galen, Avik Roy of Forbes, James Capretta of Ethics and Public Policy, and the experts at IWF’s own sister organization,  Independent Women’s Voice, to name just a few) who know the ins and outs of ObamaCare like the palms of their hands. How many members of the mainstream media called one of these experts and said, “Explain this to me.”

We aren’t suggesting that members of the mainstream media should take the word of these experts as gospel truth—we’re just saying that there were people who could have been questioned and provided some pointers on this “tough stuff.” It’s not as if there was nobody out there informed enough to talk intelligently about this “tough stuff.”

Lieberman says that the reporting relied on sound bites and wonkery. I urge you to read the piece—but I bet that you will come away, as I did, believing it’s self-serving. The media did not get the ObamaCare story because it didn’t want to get the story. The story was there—it just took some digging—but the press had already sided with the president and the Democrats. Story closed.

Here is a revealing paragraph from the Lieberman piece:

It took two things—the failure of the website and the turmoil in the individual insurance market—to ignite public awareness of what the Affordable Care Act will and will not do.

Suddenly, many journalists were realizing that the real story was not the stuff of far-right paranoia—like the false “death panels” claims or the canards about “socialized medicine” that dominated the early coverage; it was the law’s messy tradeoffs, its power to create new classes of winners and losers as it tried to bring insurance to more Americans.

They didn’t get the story, in other words, because they regarded the people who were saying ObamaCare wouldn’t work as beneath contempt. Criticisms of ObamaCare were not really criticisms but evidence of “far-right paranoia.” And the media couldn’t do the stories on the “messy trade-offs” that would “create new classes of winners and losers” because–well–they didn’t want the public to know this.

It was not complexity that made the media blow the ObamaCare story until they were dragged kicking and screaming to it.

It was willful blindness. Clap your hands if you think they will do better in the future.