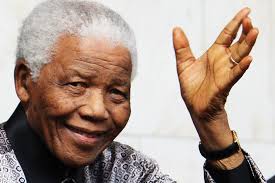 Nelson Mandela, who died yesterday at the age of 95, was a man of the left, but he was a great man, serving as a force for reconciliation in his country. His death brings sadness to all of us.

The bulk of his adult life, Nelson Mandela was a failed Marxist revolutionary and leftist icon, the Che Guevara of Africa. Then in his seventies he had the chance to govern. He chose national reconciliation over reprisal, and he thus made himself an historic and all too rare example of a wise revolutionary leader. …

Mandela ditched the [African National Congress’] Marxism and reached out to business. Somehow—another miracle—the illiberal ANC and the illiberal National Party together negotiated a liberal new constitution with strong protections for minorities and an independent judiciary. "You do not compromise with a friend," Mandela often said, "you compromise with an enemy."

He won the country's first free presidential elections in 1994 and worked to unite a scarred and anxious nation. He opened up the economy to the world, and a black middle class came to life. After a single term, he voluntarily left power at the height of his popularity. Most African rulers didn't do that, but Mandela said, "I don't want a country like ours to be led by an octogenarian. I must step down while there are one or two people who admire me."

Mandela spent 26 years of his life at Robben Island prison camp near Cape Town, where he read, thought, and mellowed. Prison did not embitter Mandela, and he practiced the difficult virtue of forgiveness. He was elected president in South Africa’s first free elections in 1994. The Journal notes:

Mandela ditched the ANC's Marxism and reached out to business. Somehow—another miracle—the illiberal ANC and the illiberal National Party together negotiated a liberal new constitution with strong protections for minorities and an independent judiciary. "You do not compromise with a friend," Mandela often said, "you compromise with an enemy."

Of course, President Obama made a statement about Mandela yesterday and, as you might expect, it was as much about Barack Obama as Nelson Mandela. Scott Wilson also penned an embarrassing piece in the Washington Post on President Obama and Mandela. Here is how it starts:

Entering his sophomore year at Occidental College, Barack Obama sought a political movement to match his personal awakening, which he signaled to friends and family at the time by reclaiming his African first name.

Barry became Barack that year. He had read Du Bois, Fanon, Malcolm X — an array of authors writing about the black struggle for liberation in his country and in others shaking off the legacy of colonial rule around the world.

That is where he looked for — and found — a figure and a cause to channel his rising political enthusiasm: Nelson Mandela, then imprisoned on a lonely island off Cape Town, and his outlawed African National Congress. Obama would help lead the student push for the Southern California college to divest from companies doing business in apartheid South Africa.

“As the months passed I found myself drawn into a larger role — contacting representatives of the African National Congress to speak on campus, drafting letters to the faculty, printing up flyers, arguing strategy — I noticed that people had begun to listen to my opinions,” Obama wrote in his memoir, “Dreams From My Father.” “It was a discovery that made me hungry for words.”

But, really, they were very different men. It’s the difference between spending 26 years at Robben Island prison, learning fortitude and developing character, and going to Robben Island for a photo op.

Since our president started it with his self-centered statement on a great man’s death, I feel justified in saying that I wish President Obama had learned more from President Mandela, who, despite a genuinely difficult life, brought with him reconciliation.