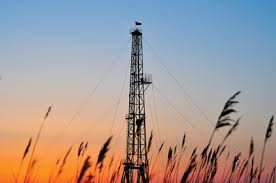 The public debate about fracking is extremely passionate – and very uninformed. The Casper Star-Tribune reports on a recent academic survey:

More than half of the study’s 1,061 respondents reported knowing little or nothing of fracking. . . .

“The fact that half of the people we surveyed know little if anything about fracking suggests that there may be an opportunity to educate the American citizenry in a non-partisan way about this important issue,” said Hilary Boudet, a public policy expert at Oregon State and the study’s lead author. “The question is who will lead that discussion?”

Not MoveOn.org, apparently. The group announced last week that the award of $500 grants, training and support to 100 grassroots anti-fracking activists in 37 states, the Huffington Post reports:

The effort comes as activists in Colorado and Pennsylvania have won recent fights to ban hydraulic fracturing, or fracking, a process used to extract natural gas from shale rock, in their communities. MoveOn’s work is inspired by “both the victories and the potential for more victories,” said Victoria Kaplan, the group’s campaign director. . . .

The goal of the program, said Kaplan, is to “increase the capacity of grassroots leaders who are already driving strategic campaigns in their own communities to fight fracking.”

A MoveOn.org spokesperson tells me that the awards, given after review by a three-person committee, “included people who have been directly impacted by the fracking process, students, and other concerned citizens.” Indeed, the majority of awardees cite emotional and personal reasons for their opposition to fracking: Some are moms who worry for the safety of their kids; others hail from family farms and are uncomfortable with fracking in close proximity; others are high-school and college students, and one gets the sense that their opposition to fracking has more to do with the subject’s trendiness than any real factual consideration of the issue.

While anecdotes are compelling, they’re not a stand-alone replacement for facts, and it’s unclear whether any of these grant awardees are capable of comprehending the scientific arguments for and against fracking.

And then there’s Eric Lewis of Nashville, Tenn., who says he’s been “a solar contractor for 32 years.” Natural gas, while dirtier than solar energy, is vastly cleaner than other traditional energy sources and presents a real competitor for most green energy sources, like solar – and solar power’s advancement is dependent on government help. By calling for new government impediments to another alternative energy source, Lewis is more or less advancing the interests of his own business.

MoveOn.org’s effort seems likely to further sensationalize the issue of fracking, rather than clarify it. In an age of fracking ignorance, that’s a pity.

— Jillian Kay Melchior is a Thomas L. Rhodes Fellow for the Franklin Center for Government and Public Integrity. She also writes on energy and the environment as a senior fellow for the Independent Women’s Forum.