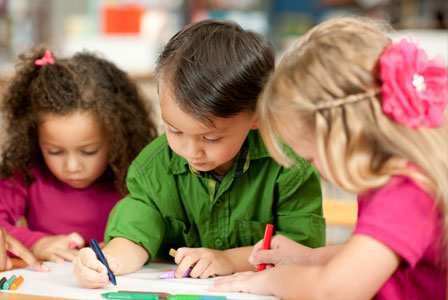 California Senate Pro Tem Darrell Steinberg has proposed a plan to offer universal preschool to 4-year-olds in the Golden State. While the motivation for such a plan may be a desire to help families and young students, evidence suggests that government preschool isn’t helpful. In fact, there are costs and unintended consequences to expanding government into the preschool arena.

Let’s start with the federal government’s track record on preschool: the Head Start program. Head Start began in 1965 as a summer school program for disadvantaged pre-k students. Today the program has nearly 1 million enrollees and costs about $8 billion annually.  But according to the latest HHS evaluations, any impacts faded out by the end of third grade.

Although Head Start has seemingly failed at its expressed goal of boosting academic readiness, advocates often point out that government preschool is needed to relieve the child care burden of working parents. Certainly, private preschool can be a big expense (usually $4,000 to $11,000 per year per student). But families have found a variety of arrangements to suit themselves and their children. Fully 68 percent of preschoolers with working moms are enrolled in preprimary programs already, and more than 20 million kids are cared for by a parent or relative.

Often, this is a choice. While money is certainly a factor, families of all income levels have different preferences when it comes to child care. Some parents prefer to stay at home.  Others are looking for very specific styles when it comes to preschool (religion, Montessori, location, hours, etc.)

Importantly, we should consider how universal government-provided preschool would crowd out other providers in the child care space. When “free” (that is, taxpayer-funded) preschool is available, this unfairly disadvantages private-sector preschools. These preschools offer parents a wide array of learning styles, belief systems, socialization and moral development philosophies, and this market-offered diversity is a good thing for both parents and their kids.

Besides the harder-to-measure opportunity cost of government competition, there are real costs incurred through increased government spending. It’s hard to believe that California, the state with the highest income and consumption taxes, would consider adding even more spending to its annual $155 billion budget.

There are other ways to make life easier for working parents.  All Californian families would benefit from the relief of reduced taxation, or policymakers might consider expanding child tax credits or flexible spending accounts that allow for child care expenses to be tax-deductible.

States might consider Early Education Savings Accounts where families could use subsidies to send their children to a private preschool of their choice. Even targeted subsidies for child care are better than a universal entitlement to government-run preschool, because they preserve some market competition.

Government-run preschool would be costly, one-style-fits-all preschool, and we already see how this lack of options can create problems (like culture wars or over-standardized curriculums) in the public K-12 education system. Rather than reducing choices for preschoolers and their parents, we should pursue an education policy that expands choices for students of all ages.

The intentions of universal preschool advocates are good, but government was never meant to take the place of parents, who can best decide how to prepare their children to enter kindergarten. When we honestly consider past government endeavors in preschool, and the vast set of better alternatives, and the costs, we can see how misguided universal government preschool would be. Californians, and other Americans, should reject this latest proposal, and focus instead on increasing educational opportunities for parents and students through a policy of greater educational freedom.