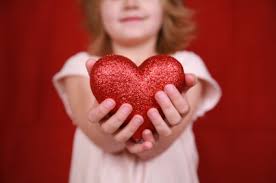 The creative geniuses who brought us the documentary comic book Bad for You: Exposing the War on Fun (Henry Holt) are at it again for Valentine’s Day.

In “Valentine Heart Breakers” Kevin C. Pyle and Scott Cunningham take a look at Cupid’s holiday in the age of zero tolerance school policies and ask what would all those cute, old-style cards look like today? Nothing like they did certainly because nowadays the cards would have to warn kids against showing affection rather than encouraging it.

As Pyle and Cunningham report, schools just won’t allow even innocent displays of affection. For example: In Waco, Texas a four-year-old decided to hug his teacher’s aide. “She decided his face rubbed her chest. The school sided with the aide and then they decided to give the boy a preschool, in-school suspension for inappropriate sexual behavior.”

“At a school in Colorado a first-grader kissed another girl’s hand in music class and got accused of sexual harassment.”

And at one school in Salemwood, Massachusetts Valentine’s Day was actually repealed and replaced with “friendship day” because as the principal explained, she “didn’t want any kids to be left out” so everyone got a card.

No touching, no affection directed at that special someone, no non-verbal contact. This is what school officials now think is necessary for a “healthy” environment. But as Pyle and Cunningham correctly note, there’s a serious side effect to all this zero tolerance. As Rick Chillot explains at Psychology Today, touch has a positive impact on human relations from store-greeters to NBA players. More touch means more shopping and more wins. And biologically, we need it.

Schools are where kids are supposed to get educated. Touching, showing affection, showing love and admiration are all part of living well and having healthy relationships. Isn’t that a lesson worth teaching?