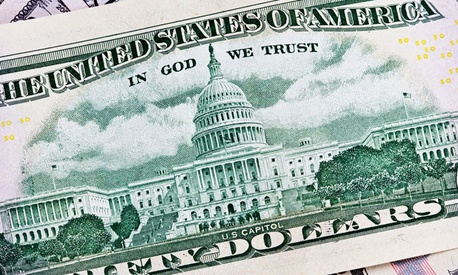 If you earned $174,000 per year, would you think you are rich, poor or somewhere in between? The answer probably depends on what state you live in, whether you live in the suburbs or a city, if you’re married, whether you have children and pay for their education, if you own your own home, and whether you drive a car.

According to the Bureau of Labor Statistics, in Washington, D.C. the mean wage is $77,040, so members of Congress are making more than double what most workers earn. They aren’t hitting CEO levels in this area –around $184,000- so maybe that’s why democratic Congressman Jim Moran thinks they aren’t making enough. Once again, Moran is introducing legislation to raise the pay of Congress.

Virginia Democrat James P. Moran said he plans to highlight the injustice by introducing an amendment to the Legislative Branch bill during its full committee markup, and at floor consideration of the bill. Moran made the comments while the bill that funds members’ $174,000 salaries was being marked up in the Legislative Branch subcommittee.

“I think the American people should know that the members of Congress are underpaid,” Moran told CQ Roll Call. “I understand that it’s widely felt that they underperform, but the fact is that this is the board of directors for the largest economic entity in the world.”

The senior appropriator pointed out that some members have taken to living out of their offices to save money, while others have “small little apartment units” that make it impossible to spend the time they should with their families.

This is not Moran’s first attempt, but it will be his last as he is retiring from office this year.

Should Members receive a pay raise? There’s a belief in some quarters that every worker deserves a paycheck boost each year, but in the private sector those increases are merit-based, meaning they depend on performance not just attendance.

Has Congress done enough to improve the condition of our economy, the security of our borders, and the well-being of all citizens? It’s questionable. Our economy is moving slowly, but the job market continues to hobble along still leaving tens of millions of Americans discouraged from the job market. Gas prices remain high and taxes are rising not falling across much of our nation. All of these costs eat up the discretionary income Americans have.

And speaking of discretionary income, some Members of Congress have far more than others. From the 50 Richest Members of Congress, there are some –like California Representative Darrell Issa– who have hundreds of millions of dollars in assets. Unfortunately for Moran, he is not one of them. In fact he is among the poorest members of Congress, with little investment income and earning about $10k more from teaching duties at George Mason. He’s had some alleged financial misdealing as well.

Instead of griping about pay, Moran should consider himself a poster boy. Americans don’t expect politicians to get rich in office. Public service is in fact a service. Those members who are “wealthy” often entered office with money in their pockets, many from their own entrepreneurial pursuits. Moran chose the work of public service and should feel enriched by that, if he really believes he has done well by the public.

Is $174,000 enough to live on in Washington, D.C. as a member of Congress? In short, yes. It may not provide the same lifestyle of other executives, but it’s enough to pay rent or purchase a home. Moran represents a collectivist philosophy that thinks it is the government’s role to lift the wages and wealth of everyone equally.

If Moran wants to put more money back in his pocket, here’s a better idea: lower taxes – for everyone.