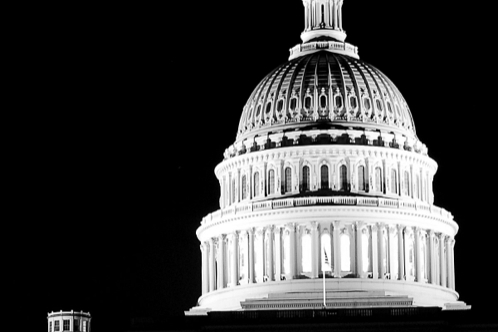 Paycheck Fairness Act: Not Good for Paychecks or Fairness

This week the Senate is considering the Paycheck Fairness Act, a bill that would amend the Fair Labor Standards Act of 1938 to expand “remedies” to sex-based wage discrimination.

In other words, the legislation would allow women to sue for unlimited compensatory and punitive damages, and it would promote class-action lawsuits by requiring workers to opt out, rather than to opt in. This would result in expanded legal liability for employers, smaller paychecks and less fairness for women and men.

Like many ideas from the Left, this legislation is a solution in search of a problem. It would certainly be wrong to suggest that workplace discrimination is entirely extinct, but the PFA presumes the opposite – that men’s earnings outperform women’s solely because of discrimination and that more lawsuits are the fix. Reality is more complex.

Proponents of the PFA point out that, despite these longstanding legal protections, women’s earnings continue to lag behind men’s. According to the Bureau of Labor Statistics, the average full-time woman’s wages are 81 percent of the average man’s.

This differential, often known as the “wage gap,” is an interesting figure. But importantly, it is not a measure of discrimination toward women. There are many reasons why women – on average – earn less money than men. Basically, women are more willing than men to take greater comfort, safety, leave time and flexibility as tradeoffs for lower pay.

Men are also more likely to work in dangerous or unpleasant work conditions — which is why the vast majority of work-related deaths are males. This additional risk warrants greater compensation, and the laws of supply and demand bear this out.

The attitude behind the Paycheck Fairness Act completely ignores that women and men may have different preferences and priorities when it comes to pay and jobs. Instead, the PFA sees more lawsuits as the “remedy” for women’s wages.

But greater damages, more class-action lawsuits and increased liability for employers are not the right approach to expanding job opportunities for women. In fact, the PFA is likely to do more to hurt women’s economic outlook than to help.

Employers – especially smaller ones – will face potentially bankrupting lawsuits. As companies divert more resources toward expanded liability insurance, there will be less money leftover to pay workers. The only paychecks that would benefit from PFA are the payouts for trial lawyers. Even worse: Employers will be discouraged from hiring women when they see women as legal risks rather than meritorious workers.

Not only is the Paycheck Fairness Act bad for workers’ paychecks, it is also bad for fairness. Our legal system relies on the philosophy of “innocent until proven guilty.” The PFA inverts that concept by putting the burden of proof on employers to demonstrate that all salary decisions are “job related” and “consistent with business necessity.”

These ambiguous restrictions could discourage employers from paying higher-performing workers more, from allowing employees to take more flexibility in exchange for reduced pay, or from presenting a counter-offer to retain a valuable employee. This means the PFA could lead to stricter pay schedules, less flexibility and less fairness.

Clearly, sex-based wage discrimination is wrong. Furthermore, it’s already illegal. Employers know that, and employees should too. This latest legislation – the Paycheck Fairness Act – won’t lead to more fairness or better pay. It will lead to more lawsuits, more red tape and fewer job opportunities for women and men. The bill has a nice name, but the Paycheck Fairness Act is not good for paychecks, or for fairness.