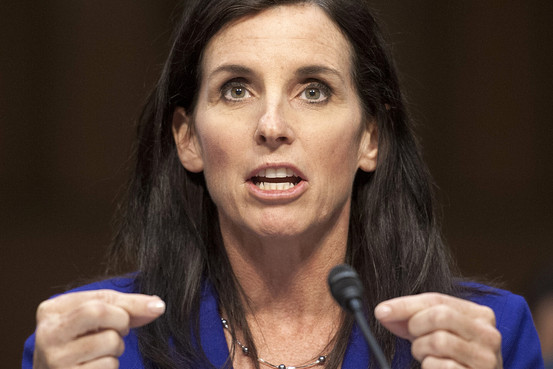 Colonel Martha McSally on the “War on Women”

‘I mean, I’m a woman warrior,’ she declared in a speech during her 2012 House campaign. ‘I’ve been fighting for women’s rights and women’s equality my whole life. You want to talk about a war on women? Walk in my shoes down the streets of Kabul….”

That’s Martha McSally, the first American female combat pilot, firing back at the Democrats’ “War on Women” rhetoric. McSally’s jibe was quoted originally in the Wall Street Journal and it resurfaces again in Politico’s Huddle.

I butted heads with McSally on the issue of women in front-line combat on a panel. She’s for it; I’m against it. Ms. McSally, a Republican, narrowly lost a bid to represent Arizona in the House in 2012. She is challenging the winner, Democrat Ron Barber, again this year.

Of course, few Republicans have the luxury of responding from the perspective of a fighter pilot once deployed to Afghanistan, but female Senate candidates like Shelley Moore Capito in West Virginia and Terri Lynn Land in Michigan may be better positioned to respond to criticism than men. ‘Messengers matter,’ said Republican pollster Kellyanne Conway. ‘I think it rings hollow to say a woman candidate is out of touch with women.’”

It’s annoying that Politico seems to think that only women can comment on the “war on women” rhetoric. By that logic, President Obama should hush up about women’s issues, something he's not about to do with the midterms looming.