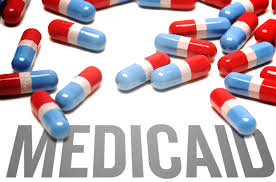 How Not to Solve ObamaCare’s Medicaid Backlog

As you know Health and Human Services Secretary Kathleen Sebelius is on her way out and she’s leaving a gift behind: a huge backlog of new Medicaid applicants thanks to ObamaCare. Her proposal to clear up this mess: Promote more dysfunction by making the processing of applications harder.

States are mired in hundreds of thousands of applications for Medicaid coverage because of ObamaCare’s expansion of Medicaid recipients. There is now a big backlog of unprocessed applications and the Administration is frustrated. To prod along states that are struggling with this backlog, Sebelius thinks temporarily cutting funding for Medicaid administrative tasks is a winning strategy. If that makes you scratch your head, it should.

The American Action Forum brings this to our attention in a new report that highlights Sebelius’s plans.

Apparently, during an April 10th Senate Finance Committee hearing, Sebelius explained that some states are unable to receive Medicaid applications from the federally facilitated exchange (FFE), and are left to sift through applications for individuals awaiting their Medicaid eligibility approval. Therefore, to encourage them to move through their backlogged applications more quickly, the Centers for Medicare and Medicaid (CMS) may decrease the federal matching rate for Medicaid –expected as cuts in administrative Medicaid funding.

Illinois has a backlog of 200,000 applications that have yet to be processed. California’s Medicaid backlog is 800,000. Nevada has hired temp workers to deal with its 65,000 applications.

“In order to encourage states to move through their backlogged applications more quickly, [CMS] may decrease the federal matching rate for Medicaid — with the cut expected to come in the forms of reductions to administrative Medicaid funding,” Boothe told The Daily Caller News Foundation. “States that are still reporting an inability to connect with the federal marketplace, and are therefore seeing applications back-up in the determination process, are subject to these cuts.”

Federal systems have been facing problems transferring accurate information to state Medicaid agencies for months. HealthCare.gov is supposed to direct applications of customers eligible for Medicaid to state agencies, which should be able to confirm eligibility and finally enroll the applicant, but miscommunication in states across the country have forced customers to sign up again.

It’s not clear whether the problem lies within federal or state technology or both, but HHS’ seems to be putting the onus on state agencies to solve any problems on their own.

In January defects with healthcare.gov’s back-end systems prevented over 100,000 applicants from getting enrolled in Medicaid or the Children’s Health Insurance Program. Applicant data-sharing with state agencies was not working which has driven the backlog. Meanwhile Medicaid staff are playing multiple roles such as answering calls from confused beneficiaries, working through the many changes to ObamaCare and shifting eligibility requirement. So they have their hands full.

It seems swarmy for the Administration to force Medicaid staff to deal with so many politically-motivated changes and at the same time grapple with a broken website with missing components to provide them the information they need to do their jobs. Then turn around and blame them for the backlog and now remove any tools they have to get done what they need to.

We are all for cutting the size of government down –where appropriate. If your perspective is that it’s good to stall the applications of 100,000 Americans who want access to another government entitlement program, then you might like this plan. I would very cautious.

Sebelius isn’t incentivizing productivity but promoting dysfunction. Sebelius and the Administration are responsible for the botched healthcare.gov website and the disastrous rollout of ObamaCare. Blaming the (state) Medicaid workers is just passing the blame onto someone else.

The goal should be to process eligible applications as quickly as possible which means fixing the file sharing ability of the website and giving workers the tools they need.

Reducing the number of people on Medicaid is an important but separate priority that our leaders must take on.

Just another day in the brave new world of ObamaCare.