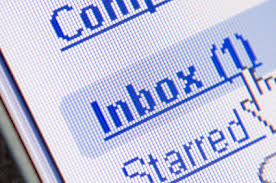 The Benghazi Emails: To Shield a President

One of the forty-one Benghazi emails released yesterday thanks to the relentless efforts of Judicial Watch is truly shocking.  It is an email from Obama aide Ben Rhodes preparing then U.N. ambassador Susan Rice for her appearances on five Sunday talk shows in the wake of the September 11, 2012 attack. It was on these shows that Ms. Rice erronenously ascribed the attacks to an Internet video.

The email shows that the White House was utterly uninterested in telling the American people the truth about a terrorist attack that took the lives of four Americans, including the first U.S. ambassador slain in the line of duty in three decades.

What did the White House care about? It sounds bad even in the anodyne summary of the Washington Post, which seeks to play down the importance of the email release:

It clearly showed a White House top priority was to shield Obama from criticism less than two months before voters decided whether to give him a second term.

The top priority, it goes without saying, should have been informing the public about a terrorist attack on a U.S. installation.

In the email, Rhodes directed Rice to “underscore that these protests [sic] are rooted in an Internet video and not a broader failure of policy.”

Rice’s appearances, in other words, were purely political in nature. The same can likely be said of then-secretary of state Hillary Clinton who stood before the coffins of the Americans who died in Benghazi and said the same thing. At the very least, Rhodes’ email is chilling because nowhere is there any sense of obligation to correctly inform the public about a deadly terrorist attack. This is the White House line and, though we know it to be false, we do not know who at the White House told Rhodes to take this path.

Ed Morrissey sums up what this email means:

It’s possible to read this as an extension of a sincere belief that the video caused a riot which led to the attack. By the time this e-mail was written, there was plenty of evidence — even in the e-mail chain itself — to show that wasn’t the case, but let’s say for argument’s sake that Rhodes actually thought this argument was valid. The flip side of it is that, since it wasn’t an ad-hoc demonstration that turned into a riot, the takeaway should be that this was the result of “a broader failure or policy” from the Obama administration. Right?

As noted, the Rhodes email cited is only one of the batch released yesterday. Powerline’s John Hindracker has an interesting observation of the emails taken together:

The other striking fact about the emails is the complete absence of Hillary Clinton and Barack Obama. Maybe someone was keeping them informed, but they are never mentioned in the emails (except when someone prepares a statement to be issued under their names). During the crucial hours, they are never referred to. There is no suggestion that they are playing a part; that they are in the loop; that they are making decisions; or that they are, in any way, important players. Maybe there are more emails, not yet disclosed, that would reflect their roles. Or maybe they really were ciphers–seat warmers with no concerns beyond the political, not expected to do anything in an hour of crisis.

Charles Krauthammer said on Fox last night that the email is a “smoking document” indicating “a classic cover-up of a cover-up.” National Review’s Patrick Brennan takes a considerably more restrained approach. It is hard, however, not to see these emails as anything less than a turning point in the Benghazi story. Or it would be a turning point if the press were not so committed still to what Ben Rhodes urged: shielding the president.

Judicial Watch is to be commended. In a way, getting at the truth of what happened in Libya and Washington on the night of the attack and in the immediate aftermath is like trying to do Watergate without Woodward and Bernstein. Without the press, Richard Nixon would have finished his second term.

The press is determined to look the other way now because President Obama is their man. They helped him get into office and a stain on him is a stain on them. But Watergate realigned the media: the Washington Post, which had always been second to the New York Times, became the nation’s top newspaper. Its publisher, editor and reporters were lionized and young people went into the newly-prestigious profession of journalism.

Will the failure of the posh press in Benghazi and so many other matters today lead to yet another realignment of the information firmament?