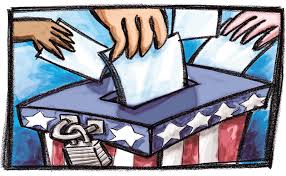 Young Americans played a huge role in (re)electing the President, but according to Harvard University’s seminal annual poll, they are disillusioned with him and are leaving Democrats. This will hurt Democrats this fall as many young people don’t plan to vote and of those who do, they will skew heavily Republican.

Fewer than one in four young U.S. voters plans to vote in this year’s congressional midterm elections. In fact they are less likely to vote this year than they were in 2010. Young Democrats are also less enthusiastic about voting than their young Republican counterparts.

According to the 25th “Survey of Young Americans' Attitudes Toward Politics and Public Service,” 18-24 year olds, the youngest sector of the group, are becoming more Republican and less Democratic. In 2010, 38 percent called themselves Democrats and that has dropped to 35 percent. Those identifying as Republicans rose from 23 percent to 25 percent.

Overall there is a general pattern that voters in their early 20s espouse more conservative views than those a few years older.

“It’s been clear for some time now that young people are growing more disillusioned and disconnected from Washington,” said IOP Polling Director John Della Volpe. “There’s an erosion of trust in the individuals and institutions that make government work — and now we see the lowest level of interest in any election we’ve measured since 2000.”

The 25th “Survey of Young Americans' Attitudes Toward Politics and Public Service,” which interviewed 3,058 18- to 29-year-olds, revealed a swing away from Democrats since President Obama's reelection and the last midterm election in 2010. Harvard officials on a media call cited youth disillusionment with Obama.

The GOP is also more enthusiastic for their team in the fall. Some 44 percent of younger Republicans said they will vote, compared to just 35 percent of younger Democrats, a group that pushed Obama across the finish line in 2012. Black and Hispanics, two other Democratic groups, are even less enthused, with just 19 percent planning to vote.

This shouldn’t be too surprising. Young people have been disappointed by politicians, especially the President, whom they expected to usher in a new age of change. What they see he has delivered is not much more than rhetoric and a healthcare law that is rigged against young people. In fact, many policies out of Washington call for young people to pay for entitlements and spending that we don’t benefit from and may not agree with. It’s a War on Youth.

Other findings of note from this report:

–          Nearly half of young people support legalization of marijuana.

It will be interesting to see how the voter engagement and philosophical orientation of my generation changes as we age and experience new life circumstances such as marriage, parenting, and home ownership.

If there’s one certainty, it’s that lofty speeches, big (broken) promises, and policies that rely on government intervention in our personal lives will have an impact upon us as we experience the repercussions of those actions first hand.