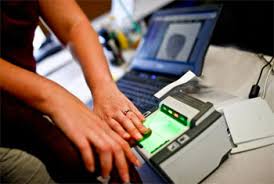 War on Parents: Do You Need an FBI Background Check to Volunteer at School?

In this space we often discuss how overregulation can hamper economic growth and increase inefficiency for all citizens. Mostly we point to federal government actions as a major source of the problem. But sometimes, the reflex to make life more expensive, more complicated and less friendly for families, happens a lot closer to home in our kids’ schools.

Take Lenore Skenazy’s most recent Wall Street Journal column. Entitled “Can You Qualify at Your Child’s School,” it highlights the problem for parents who want to volunteer their time:

Want to lend a hand at your local public school? Well, be prepared for a security-clearance rivaling the National Security Agency's: What is your current employment status? What is your highest level of education completed? Do you promise to perform only the duties in the job description and honor confidential information? Do you hereby declare, under penalty of perjury, that any information provided is true and correct?

Skenazy isn’t exaggerating, by the way. I just spoke to a mother in my town of Pittsburgh who had to pay approximately $100 to have her background check completed in order for her to volunteer. Why so expensive? Because it had to be done by the FBI. She wasn’t born in this country and trying to explain to her why the school might want such a thing wasn’t easy. Another public school parent tells me that the background check has been deterred her from even considering volunteering in her Kindergartner’s class.

Skenazy agrees that the background-check requirement is expensive, intrusive, discouraging and unnecessary. And she raises one more equally important point in conclusion: “It creates the impression that all adults need to be scrutinized by the state before going about their daily lives.”

If volunteering at school were the only instance when such scrutiny had become routine, it might not be such a problem. But, as it happens, parents are often treated as obstacles rather than partners, especially when it comes to schools and daycare.

The national school breakfast and lunch program, which the current administration has recently expanded, means that parents are discouraged from being involved in feeding their kids. There are school administrators who have threatened parents for allowing their kids to ride the city bus to school rather than driving. And when it comes to the care and feeding of babies and toddlers in state-licensed daycare centers, often the things that parents do at home – swaddling, feeding kids various foods, allowing bottles or Sippy-cups –are deemed  potentially hazardous and are banned at daycare. Instead of allowing parents to work with their school or daycare center to provide the best possible care for their kids, parents increasingly are viewed as a potential problem.