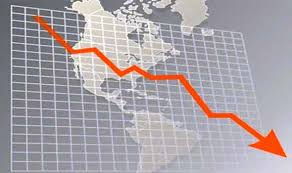 The Economy Is Still Far from Healthy

In January 2008, the second month of the Great Recession, America’s total number of nonfarm payroll jobs peaked at about 138.365 million, according to the Bureau of Labor Statistics (BLS). Nearly six and a half years later, we finally returned to that level of employment: As of May, the United States had an estimated 138.463 million nonfarm payroll jobs. In other words, writes Brookings Institution economist Justin Wolfers, “it has taken longer to recover from this recession than in any previous post-World War II downturn.”

Wolfers also notes that May marked “the 51st month in a row of private-sector job gains, which equals the longest previous consistent run of employment gains.” Yet the U-6 unemployment rate — which measures the share of workers who are unemployed, marginally attached to the labor force, or working part time for economic reasons — stood at 12.2 percent. That is not only much steeper than it was at the start of the recession in December 2007 (8.8 percent) but also steeper than it was at the height of the financial crisis in October 2008 (11.8 percent).

Meanwhile, the labor-force-participation rate (LFPR) is stuck at a level (62.8 percent) that, prior to late 2013, had not been seen since early 1978, and the employment-to-population (EP) ratio (58.9 percent) remains far below where it stood in December 2007 (62.7 percent), and also below its level of June 2009 (59.4 percent), when the recession formally ended. (I discussed the significance of the LFPR and the EP ratio in a previous post.)

Here are two more economic indicators to consider: (1) the hiring rate (i.e., the rate at which workers are being added to payrolls) and (2) the “quit rate” (i.e., the rate at which workers — excluding retirees — are voluntarily leaving their jobs). The importance of the hiring rate is obvious. As for the quit rate, Federal Reserve chief Janet Yellen has explained that “a pickup in the quit rate . . . would signal that workers perceive that their chances to be rehired are good — in other words, that labor demand has strengthened.”