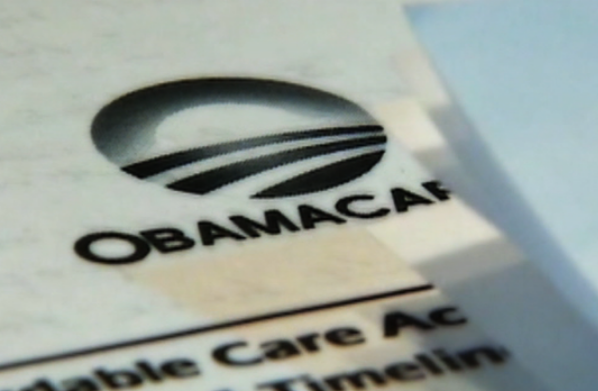 “A Hot Mess”: Under the Hood of ObamaCare

Healthcare.gov got a big make-over after the disastrous rollout of the website in October 2013 failed to get many people to sign up and delivered a black eye to the President’s signature healthcare reform initiative. However, giving the website a new dress and slapping some make-up on the front does nothing to address the serious issues underneath the hood. As experts explain, Healthcare.gov is still a hot mess.

This open enrollment period was uneventful with no hiccups until the last day when the site’s income verification tool failed. The Administration nevertheless is touting success. They claim that 11.4 million people either signed up or enrolled again, but as we know, that number will drop after those who don’t pay their first month’s premiums and those who don’t verify their immigration eligibility are weeded out.

The performance of Healthcare.gov is due to Health and Human Services’ spending the better part of the year repairing the consumer experience, to ensure that lots of people could sign up and to avoid another avalanche of bad press. Customers are able to better navigate the website, but problems emerge when you lift the hood and examine the backend of the website which should connect to federal agencies and insurers to facilitate the application process of verifying and submitting customer information.

Eighteen months after the launch of Healthcare.gov, the website’s backend is not working as it should because it still hasn’t been built out. The backend lacks automation of services, so the Administration is relying on workarounds and manual spreadsheets –i.e., pen and paper. Welcome to the Obama Administration in the Information Age.

For example, insurers receive payments of premium subsidies through a manual workaround where they tell HHS each month how much they should receive based on estimates. That’s a system built on honesty – and we taxpayers can only hope insurers are being trustworthy.

If customers add new life experiences such as getting married or having a baby which qualifies them to change their plans, it sets off a complex, multi-step process.

These Flinestone-age processes come at a cost. Doing so much by hand is incurring ongoing administrative costs and injects the greater risks of human errors.

And who's paying for all of this? The same people funding the premium subsidies that even make ObamaCare plans affordable: us, taxpayers.

“You’re not going to find a lot of customer-facing issues,” one insurance industry official said. “It’s more like you lift up the hood, and that’s where the problems are.”

“All of these things, it’s sort of the cost of doing business right now. And it’s not cheap,” the insurance official added, referring to the ongoing administrative expenses of doing so much of it by hand.

The back end isn’t broken so much as it’s unfinished. It wasn’t constructed in time for it to be part of the botched website launch in the fall of 2013; one administration official told a congressional hearing that it was 40 percent incomplete. And it’s not totally done now, although it’s gotten closer.

The manual system has been in place since January 2014, and there’s no clear date for when the automatic process will replace it. A CMS official said the agency is beginning to test out the automated system with companies.

“There’s just going to be a whole lot more workarounds and paper clips and rubber bands for at least another year to get this stuff all sorted out,” said John Gorman, executive chairman of Gorman Health Group, which works with insurers.

Problems remain, too, with HealthCare.gov’s sibling, the small business, or SHOP, exchange. It was shelved entirely for the first open enrollment season, as tech resources were diverted to salvage the disastrous rollout of HealthCare.gov.

When we consider the billions of taxpayer dollars wasted on creating Healthcare.gov and then the hundreds of millions more spent to get the front-end operational, it’s frustrating.

Yet, that is just the icing on what is a fundamentally-flawed cake. The Affordable Care Act failed to deliver real reform to the healthcare industry. What we got was less choice, fewer options, cancelled plans, higher costs if you’re a young person, and more narrow networks of doctors and caregivers. The costs of businesses is an entirely other story.

Healthcare reform and access to quality, affordable care are noble goals, but Obamacare fails to deliver on those goals. A mediocre website is only indicative of the deeper problem with the President’s signature law.

On The Menu: The Fourth Of July

Employment Continues To Rise As America Recovers From The Lockdowns