Multiple news outlets are reporting that a school district in rural Tennessee served children meat that was six years old. The meat was even served to some kindergarteners. That's right, the meat was older than the kids eating it.

How odd. I thought school lunches were supposed to be so healthy, nutrient dense, locally sourced and delicious. That continues to be the claim of the White House and the First Lady who spent last week visiting all the talk shows to mark the 5-year anniversary of making kids eat disgusting food the Let's Move program. This morning, the Washington Post reports that the First Lady is already thinking about her legacy and will spend the next two years securing "the gains" she has made to make kids healthier.

Let's consider those gains. No doubt, the First Lady will include her "reforms" to the school lunch program as a positive gain for the country. But are these gains? Consider the massive food waste (one study estimated food waste costs around $4 million a day). Even the National School Nutrition Association is worried, stating that there has been an 81 percent increase in food being thrown away in lunchrooms across the country. And of course, there's that small detail that the kids find the food completely revolting, Americans might think twice before giving Mrs. Obama a round of applause for her "accomplishment."

The sickening case of expired meat being served to kids isn't just an anomaly. Remember these stories? 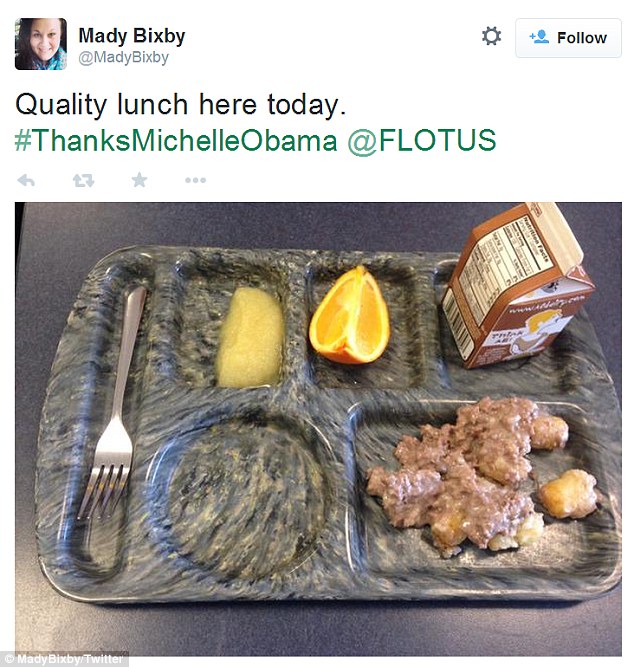 And this delicious pile of mystery mush:

And of course, you can't forget this stunning example of what can only be described as torture on a food tray:

Meanwhile, we have sanctimonious school officials criticizing parents for packing their child an Oreo cookie. And other school districts banning parents from providing their kids a home packed meal unless they present a doctor's note.

There is only one way to ensure expired meat, and other disgusting things don't end up being served to your kids at lunch–opt out of the school lunch program.

Here Is Something I Bet You Didn’t Know: COVID-19 Death Rate Is Falling Sharply