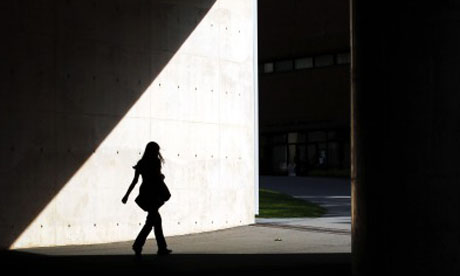 A new study titled “Incapacitated and Forcible Rape of College Women: Prevalence across the First Year” has just been released.

The findings are dire and bolster a statistic regarding campus rape promoted by the Obama administration (that one-in-five women on campus is the victim of rape):

Both incapacitated and forcible sexual assaults and rape have reached epidemic levels among college women. Interventions to address sexual violence on campus are urgently needed.

The Obama administration has been all too willing to intervene with guidelines that all but eliminate the civil rights of the accused.

But Ashe Schow, a journalist at the Washington Examiner who specializes in women’s issues, takes the study apart. For starters, the study is small in scope:

First let me point out that when I emailed the study's author, Kate Carey, a Ph.D. at Brown University's department of behavioral and social sciences, about the study's limitations she acknowledged that it is, "Not nationally representative. Our sampling strategy did not allow for that."

That was significant—but just the beginning of the flaws:

We don't need to go further than that, but I will anyway. To begin with, this study used a small sample size (483 freshmen women) at an unnamed "large private university in the northeastern United States." The 483 women, who represented 26 percent of the school's total freshmen female population, were paid $50 — $20 up front for their participation and $10 for each subsequent survey. Surveys like this are always subject to selection bias — those who have an interest in the subject may be more likely to take the survey. This possibility is supported by the survey's data, which found a high rate of claimed completed/attempted rapes for respondents before they even entered college.

Beyond all that, the survey's authors acknowledge at the end of the study that it suffers from limitations, including "reliance on self-report and sampling from a single campus."

Where the study is a little different than (sic) others is that it doesn't include fondling or kissing in its definition of sexual assault. Past studies have included such actions to bolster their findings. The study also separates "forcible rape" from "incapacitated rape." Naturally, the study found a higher rate of "incapacitated rape." This is problematic because "incapacitated" is loosely defined early in the paper as "when alcohol or other drugs are used," which would include an exorbitant number of consensual sexual encounters.

The survey's questions in this regard (Dr. Carey provided the study, which was included in the June issue of the Journal of Adolescent Health, and the survey questions to the Washington Examiner) seemed to elicit the desired finding of high rates of sexual assault.

The survey asked four main questions with multiple follow ups. The awkwardly worded first question, which Carey said was not included in the final results, asked respondents "How many times has anyone overwhelmed you with arguments about sex or continual pressure for sex in order to..?" Reread that again. "Overwhelmed you with arguments"? This is an overly scholarly way to ask whether the person had been pressured into sex by words, not actions.

But the first part of the question is troubling as well: "How many times has anyone…" This is one of those loaded questions. A respondent is practically being told that this must have happened to them and the survey simply wants to know how many times it has happened.

I urge you to read the rest of Ms. Schow’s analysis.