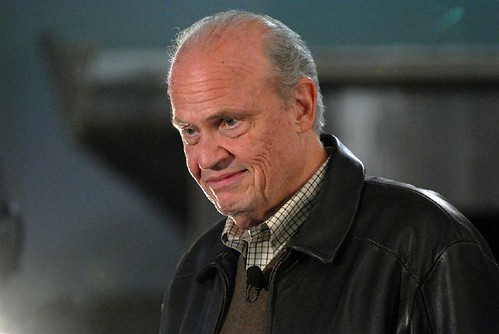 Roughly a decade ago, I had the pleasure of meeting Fred Thompson during a luncheon at the offices of The Weekly Standard. He graciously took questions on topics ranging from his experiences in the movie business, to his character on Law & Order, to the challenges facing America at home and abroad. Thompson gave no indication — at least, none that I could detect — of wanting to reboot his political career. Instead, he seemed perfectly content with, and grateful for, the life he was enjoying with his family in northern Virginia.

I was therefore surprised when, in 2007, the former Tennessee senator launched a campaign for the White House. During the seven months he spent as an officially declared candidate, Thompson was frequently criticized for being, as Donald Trump might put it, “low energy.” Indeed, you often heard pundits and political types say, “I don’t know if ol’ Fred has the fire in the belly.”

That was one way to look at it. A more charitable explanation, offered by Andy Ferguson, is that Thompson was just too normal — i.e., insufficiently egotistical, ambitious, or ruthless — to meet the demands of a modern presidential campaign. Here’s a portion of what Ferguson wrote shortly after Thompson’s departure from the race in January 2008:

Thompson didn’t give off the usual political vibe: the gnawing need to please, the craving for the public’s love. A few voters and journalists found this refreshing, many more found it insulting. Some just found it fascinating, in a clinical sort of way: What kind of politician isn’t consumed by politics — and what kind of campaign would such a politician run? Well, now we know. If Thompson could plausibly avoid an overnight campaign trip, he did, preferring to return home to his wife and children in suburban Virginia. He spent an inordinate amount of time with his briefing books. And his response to the chore of raising money — the chief occupation of every office-seeker in this era of campaign finance reform, which was intended to reduce the role of money in politics — seemed nearly pathological. Fundraising events scheduled to last two or three hours often guttered out when the candidate departed after twenty minutes. High-end donors complained of being uncourted, unpampered, unloved — even unphoned. At one party in a private home last year, Thompson made the rounds of money-shakers, delivered brief remarks, and then slipped into a bedroom to watch a basketball game on TV by himself.

Thompson combined star power, gravitas, intelligence, and, yes, normality — a rare mix that is impossible to find anywhere in the current Congress or among the 2016 presidential hopefuls. It wasn’t enough to make him president, but that says more about the state of American politics than it does about Thompson’s qualifications for the job.

He was a “celebrity politician,” yes, but a serious politician, too — and also a serious thinker. John Podhoretz notes that, when he asked Thompson in 1993 how he became a Republican, Thompson “said that when he was working at nights behind a motel desk, he needed to stay awake, and he began to read National Review. Eventually that led him to William F. Buckley Jr.’s oeuvre, and to Hayek, and to Whittaker Chambers’s Witness, and to Richard Weaver’s Ideas Have Consequences, and to other works that helped him develop a philosophy about the centrality of the individual and the dangers of an overreaching state.”

A truly remarkable man, Fred Thompson appeared on the big screen alongside Clint Eastwood, Tom Cruise, Bruce Willis, and other Hollywood luminaries, yet his politics reflected small-town values and commonsense conservatism. “He was a great American,” writes Mark Steyn, “who lived a richer life than most of either his fellow senators or fellow actors.” RIP.