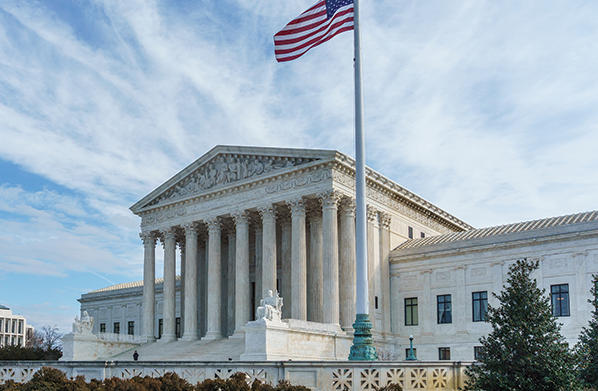 The Supreme Court dealt a blow to patent trolls yesterday by confirming that lawsuits must be litigated in the states where the defendants are incorporated rather than anywhere.

In a unanimous decision, the Supreme Court overturned a lower court’s interpretation of federal law on where patent lawsuits could be litigated. They held that patent owners must sue in the districts where their targets are incorporated or maintain a regular business place.

Patent trolls don’t live under bridges but (like storybook trolls) they do harass companies to extract revenue that they did nothing to earn. Patent trolls are shell companies that buy patents from inventors then sue companies that unknowingly infringe on the patents in the products they make. The trolls often walk away with settlements, royalties or licensing fees for their efforts and they never have to create anything.

When patent trolls find a target, they often file suit in courts that are friendly to their position. The Eastern District of Texas has become a favorite venue for patent infringement lawsuits because of the major verdicts that get handed down their including last year’s $625 million verdict that Apple was ordered to pay to a shell company. Reportedly about 40 percent of patent lawsuits are filed in eastern Texas courts.

One such place is Marshall, Texas. An interesting profile of the District Judge Rodney Gilstrap offers some insights into just how skewed the cases are:

"Marshall doesn't have a criminal docket to speak of," said Michael Smith, an attorney in Marshall who runs a blog about the district court. "Because it's a rural division, there's not a US attorney's office here. There's not a jail here. Less than 10 percent of the cases in Marshall are criminal cases, which is very unusual for a district court, and that is why the patent docket started here 23 years ago."

As a result of this niche litigation, a cottage industry has popped up in east Texas to support the needs of lawyers coming in to argue cases. Restaurants cater lunches and hotels secure legal research subscriptions just to sell rooms according to The Verge.

Delaware and New Jersey also reportedly host several pharmaceutical lawsuits. However, those days may be over.

Patent trolls aren’t just a bad fairytale, but have spawned a legal niche that has grown substantially from fewer than 500 cases in 2003 to 4,000 ten years later. Last year, the Federal Trade Commission released research on these trolls, which can bilk billions from other companies overall. Beyond the fees they collect, they also kill innovation as companies cut back on research and development spending.

In the story of the Three Billy Goats Gruff, it took a big goat to stand up to the troll for all the goats to be safe. It may be that the Supreme Court justices are just the goats we’ve been waiting for.