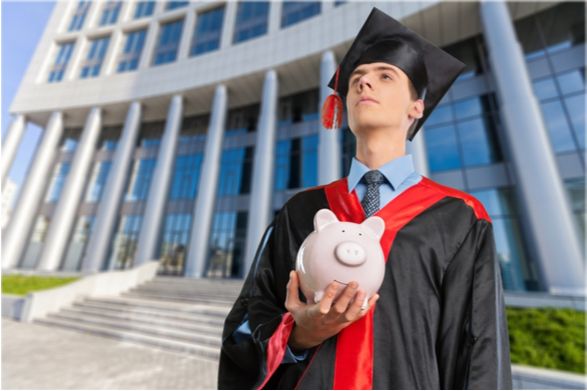 Some Carrying Student Loan Debt Doubt that They Will Repay It

This week, USA Today reported a survey revealing that “while 60% of college students plan to borrow to pay for their education, only 65% of them intend to pay off that debt on time and in full.”

Of course, people owe what they owe, and borrowers have obligated themselves to repay it; but the crux of the problem is the Public Student Loan Forgiveness program.  Nay, the entire Federal Student Loan Program that led us into this quandary. Which began in ignorance of its consequences, and is continued in error. Easily obtained (guaranteed) student loans, enabled the cost of college to increase precipitously, and for young people to be insulated from this until they graduate saddled with loans. Every time there is a racket about the need for student loan forgiveness, it makes borrowing more palatable to student borrowers. Why worry about a debt you may ultimately not have to pay? This in turn drives college costs upward.

Many members of older generations, express shock and dismay at the extent of fiscal irresponsibility among some members of the younger generation (the majority of student loan borrowers are in the younger demographic, although folks are increasingly owing at older ages).  I am inclined to agree. However, part of the issue is the belief that giving young people the ability to acquire large amounts of student loan debt, that is not dischargeable in bankruptcy; is a good idea. Earlier generations did not have that borrowing “opportunity”, to the extent that student borrowers do today.  No question many young people do not think about how easy it is to borrow, and how difficult it is to pay back. But why would we expect young people to understand something they have never experienced? Namely, that thrift and budgeting is hard. Make poor financial choices, and Murphy will come crash on your (IKEA) couch.

For borrowers hoping for massive student loan forgiveness, it is likely their dream will continue—-in their dreams.  The rejection rate for the Public Student Loan Forgiveness Program, for which the first wave of enrollees were eligible to apply for this past fall; is 99 percent.  Forgiveness rates may increase as kinks are ironed out of PSLF. However, the program is not contractual and may be amended or abolished at any time. The Trump administration, and even the Obama administration has proposed limiting or even eliminating the program.  Student loan forgiveness is simply too costly to taxpayers. Not to mention unfair to everyone who paid back his or her loans, paid outright for college, or didn’t attend college at all.

It is my belief that fiscal education is lacking, among student borrowers and Americans in general.  This needs to change. But the student loan debt crisis is in large part the result of bad public policies.  And public policy can be changed as well.