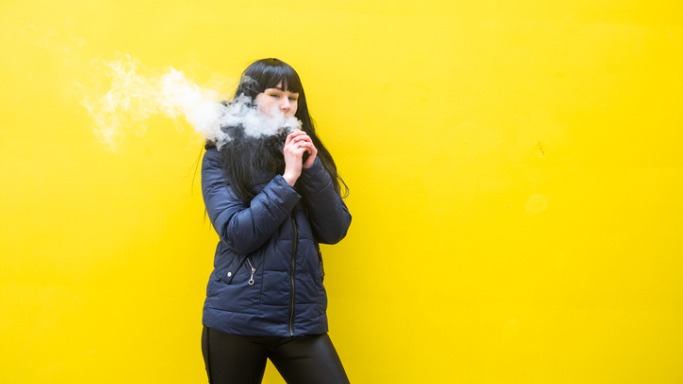 Is There A Teen Vaping Epidemic?

This summer, I wrote a blog about the FDA’s crackdown on e-cigarettes and the agency’s missed opportunity to create a regulatory framework that supports new and innovative smoking cessation products, which current smokers who are trying to quit desperately need.

Embedded in that long-form blog, was some information about teen vaping, arguably one of the major concerns parents have today. Sadly, there’s a tremendous amount of misinformation out there—most of it produced and promoted by the very agency in charge of providing accurate information on health issues.

Here what those agencies won’t tell you: There is no teen vaping epidemic. Let me repeat that.

There is no teen vaping epidemic.

Yes, teens are vaping, and yes, the numbers have risen. Yet, the FDA is inflating the number of teen e-cigarette users in order to make the problem appear worse than it actually is.

Why would they do that?

It’s simple. To generate public support for bans on e-cigarette products (such as the one just instituted in Michigan).

The truth is, public health officials hate vaping. While they have reluctantly admitted that e-cigarettes are less harmful than smoking (by about 95 percent!) they still hate these innovative products for two reasons: 1) e-cigarettes too closely mimics the physical act of smoking and, 2) e-cigarettes deliver nicotine—a substance they dislike because it’s addictive.

To public health officials all addictive substances are bad even if the addiction doesn’t lead to any real harm. For instance, I’m addicted to caffeine, as are most adults I know but there aren’t any real negative side effects of caffeine addiction (besides me being a complete jerk if I don’t get at least two cups in the morning).

Nicotine addiction, like caffeine, doesn’t result in any real negative health consequences (yes, increased heart rates and other mild physical symptoms are related to nicotine but nothing actually dangerous). Yet to a public health official, there’s no spectrum of addictive substances ranging from very dangerous (fentanyl, cocaine, heroin, alcohol) to not so dangerous (caffeine and nicotine). It’s all BAD and it must be banned.

So, let me explain these inflated numbers. The FDA based their “teen vaping epidemic” claims on a  CDC study of teen e-cigarette use called “Notes from the Field: Use of Electronic Cigarettes and Any Tobacco Product Among Middle and High School Students — United States, 2011–2018.” Here is where the report mentions that 78% figure (emphasis mine):

That certainly seems frighteningly high. Yet, the CDC only arrives at that percentage because the agency defines “current e-cigarette use,” as any teen who has used an e-cigarette once in a 30-day period. Vaping once, twice, even five times a month does not make one a habitual e-cigarette user just like drinking one glass of wine a month does not make you an alcoholic. A teen using an e-cigarette once a month—while not desirable—is not earth shattering news, nor is it an indication of some massive problem among teens. Rather it’s more reflective of a teen that wants to look cool at a party or fit in with his or her friends.

Of course, that’s behavior we would all would prefer didn’t happen, but it is also worth considering that, if vaping wasn’t an option, these teens might instead experiment with much more harmful combustible cigarettes instead.

In addition, the CDC did not determine if users were using vaping liquid with nicotine or without nicotine. The fact is, many teens vape using liquid that contains no nicotine. Teens aren’t dumb and many, who want to appear to be partaking in the latest fad, are aware that nicotine is addictive. It makes sense that some may want to avoid addiction and therefore choose vape liquid that’s free of nicotine. In doing so, they aren’t vulnerable to the physical addiction of nicotine. Yet, the CDC didn’t check this rather important detail and instead put all e-cigarette users in one large pot of users. And bam, you get an enormous number like 78 percent. Cue parent freak out.

To add to the fears about vaping, many parents are told vaping is a gateway to traditional cigarettes—which, again, are much more harmful than e-cigarettes. Yet, while vaping has increased, the rate of smoking combustible cigarettes has declined. In 2018, only 4 percent of tenth graders smoked in the last 30 days—that’s down from a high of 28.8 percent in 1976! And teen smoking (of traditional cigarettes) is at a historic low.

The reality of teen vaping is far less dramatic than what’s presented by the FDA and the CDC.

Here are the real numbers:

According to the CDC, the total number of high school students in 2018 was approximately 14,663,461. Of those, 20.8 percent or 3.05 million were “current e-cigarette users” which the CDC defines as using an e-cigarette once or more in 30 days. Yet, the CDC also says that, of that 3.05 million, 27 percent or about 845,000 are habitual e-cigarette users (vaping more or equal to 20 times per month). That means, around 5.7 percent of all high school students regularly vape.

It’s certainly a worthy goal to try to dissuade that 5.7 percent from vaping, but it should also be kept in perspective.

What is true is that instead of nicotine, alcohol is the addictive substance most used by teens. Car accidents are the leading cause of accidental death among teenagers—many caused by drunk driving. These are the issues parents should be focused on.

Parents need to talk to their kids about alcohol and about safe driving. Vaping is certainly something that parents should also discuss, along with avoiding cigarettes and drugs. But the hysteria about vaping is pushing out issues that demand parental attention. It’s important to look at the data and to understand the way the CDC is measuring teen vaping and misrepresenting the issue, to the detriment of teens.

Want to learn more? Watch our video: Is there a teen vaping epidemic?