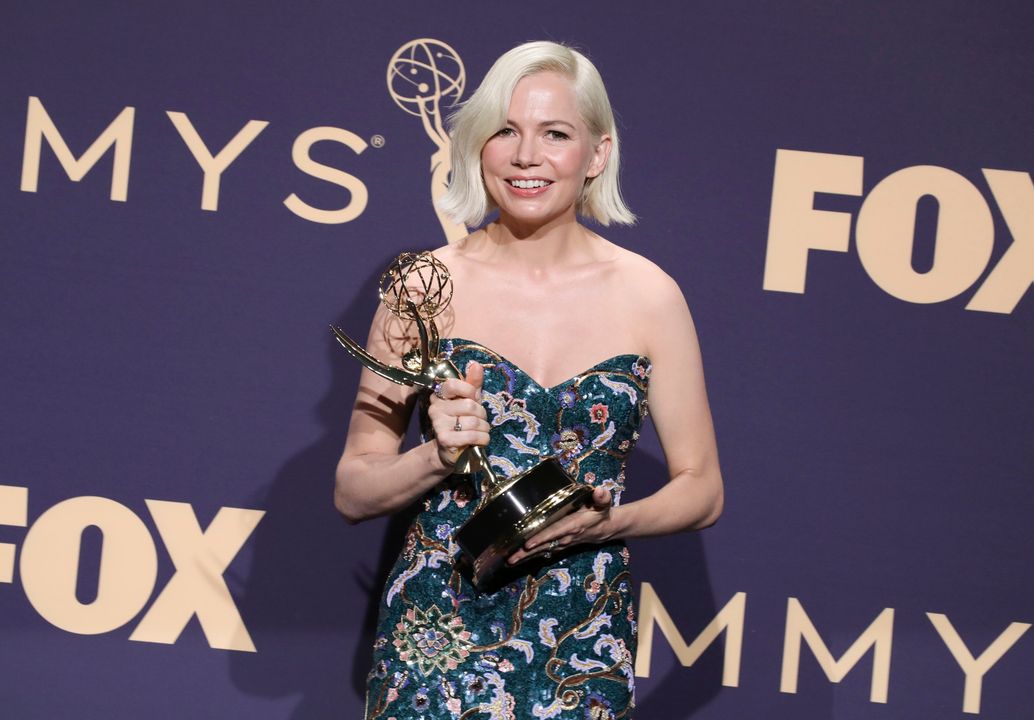 Emmy-winner Michelle Williams used her acceptance speech during last night’s award show to push for black women’s equality in Hollywood. Sadly, she rested her argument on the faux black women’s pay gap. Williams is perpetrating a victimhood mentality that all black women are victims of their race and gender, but we aren’t victims and this needs to stop.

I first started watching Michelle Williams on the 90s teen soap opera, Dawson’s Creek. but she may be best known for her big-screen role in Brokeback Mountain.

Like so many celebrities, Williams used her acceptance speech as a soapbox to push an agenda. She was pushing for equality for women, which is a good thing. However, she trotted out a faulty black women’s pay gap statistic to support her view that black women are doubly discriminated against.

Williams claimed that she was paid equally by the studio that produced her award-winning series. Her point was that by paying women equally and funding their projects, everyone wins:

“I want to say thank you so much to FX and to Fox 21 studios for supporting me completely and for paying me equally because they understood that when you put value into a person it empowers that person to get in touch with their own inherent value and then where do they put that value? They put it into their work…”

Perhaps a more accurate way of saying it is she was paid what she’s worth.

Where Williams went wrong is what she added:

“… and so the next time a woman and especially a woman of color, because she stands to make 52 cents to the dollar compared to her white male counterpart, tells you what she needs in order to do her job, listen to her, believe her because one day she might stand in front of you and say thank you for allowing her to succeed bc of her workplace environment and not in spite of it.”

“Don’t you love it when an actress is as talented as they are woke?”

Yes, let’s pay a woman what she’s worth, but that’s not the same as pay equity.

Pay equity stems from the thought that if a man and a woman are paid differently for the same job, it’s because of gender discrimination. Even more, the pay difference between white men and women of color is even worse because of racism.

Men and women earn differently because of many factors. The debunked pay gap between men and women overall of 20 cents doesn’t reflect that men work more hours each day and work fulltime more than women. In education, occupation, seniority, the dangerousness of work, majors, and a host of other factors impact pay.

When the Bureau of Labor Statistics, and other employment websites like Payscale.com control for these factors, they find that the pay gap between men and women is just a couple cents.

Even then, they don’t affirmatively say it’s because of gender discrimination.

So what about the black women’s pay gap, which is reportedly double that of all women?

Getting degrees helps increase pay doesn’t guarantee a big paycheck if black women study majors that deliver lower-paying jobs. Black women are well-represented in social work and community organization, which may be personally fulfilling but do not pay as much as some science, technology, engineering, math, and business majors.

Let’s have a real conversation about the choices in education, career paths, and flexibility that impact pay rather than just perpetuating the victim mentality.

The problem with putting the blame on others is that it doesn’t empower a woman with the information she needs to make the right decisions for her situation.

Williams may get the award for wokeness, but she loses for rightness.