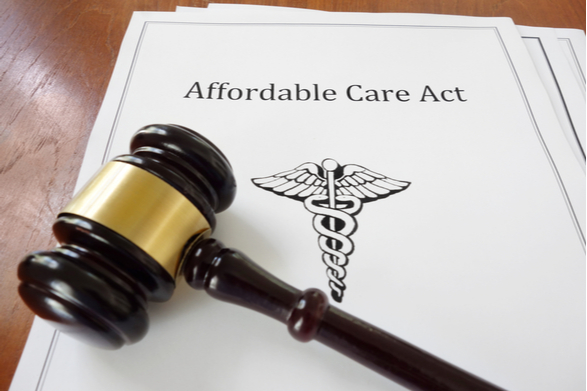 Yesterday's decision in Texas v. Azar striking down the individual mandate as an unconstitutional exercise of Congress's taxing power is a win for limited government.

In NFIB v. Sebelius, a bare majority of the Supreme Court saved the Affordable Care Act by reinterpreting the individual mandate’s “penalty” as a “tax.” According to that opinion, “the essential feature” of a tax is that “it produces at least some revenue for the Government.”

In the Tax Cuts and Jobs Act of 2017, Congress zeroed out that tax, but left in place the requirement that certain individuals “ensure” they are covered by “minimum essential coverage.”

Before yesterday's decision, commentators on both the left and right denigrated the lawsuit, calling it everything from trivial to an assault on Americans.  But as IWLC has explained, the constitutional principle at stake is far from inconsequential. It involves the very power of the federal government to force people to do something—here, purchase qualifying health insurance.

In Azar, the Fifth Circuit properly held that, because the individual mandate now raises no revenue, it lacks the "essential feature" of a tax. To hold otherwise would remove any discernible limit on the taxing power allowing the government to do things it otherwise cannot do—like force people to buy health insurance—when the related ‘tax’ raises no government revenue.

The Fifth Circuit was also right to reject the jaw-dropping argument from some of those on the left—the argument that the government doesn't need to justify the mandate at all, but may rely on its unenumerated powers.  That argument would have the Framers rolling over in their graves. The Constitution establishes a federal government of limited, enumerated powers.  In fact, the only unenumerated rights contemplated by the Constitution are those reserved to the people in the Ninth Amendment.

On the question as to whether the individual mandate is severable from the rest of the Affordable Care Act, the Fifth Circuit remanded to the district court to consider its severability holding in light of the 2017 Tax Cuts and Jobs Act.

With this decision, the American people are relieved of the unconstitutional individual mandate, but will retain their current insurance while the case is on remand and Congress works to lower costs and fix flaws in the Affordable Care Act.