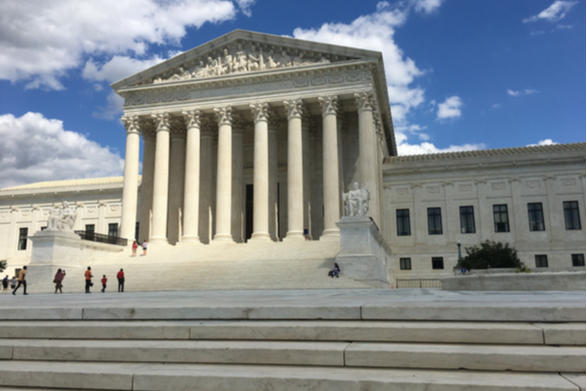 In the last days of the previous Administration, HHS imposed a new rule on grant recipients, § 75.300(c), which prohibited various forms of discrimination. That rule, however, gave short shrift to the interests of children and curtailed the ability of religious individuals and organizations to participate in child placement. It is undisputed that foster and adoptive children benefit from the work done of child placement agencies, including those with sincerely held religious beliefs. Yet, HHS failed to consider either of these factors.

Title IV-E of the Social Security Act provides grants to the States for foster care, among other things. If left unmodified, § 75.300 has the potential to disrupt that federal funding for foster and adoption services across the United States. If it is enforced against private religious placement agencies without provision for conscience rights, States risk losing critical funding if they continue to work with such agencies. This makes it more difficult to care for and place foster children with families. As the district court found in Buck v. Gordon, enforcing § 75.300 to prohibit the work of religious child placement agencies would create significant disruption for children in foster care—children “who already face an unpredictable home life.” Buck v. Gordon, 2019 WL 4686425, at *13–*14 (W.D. Mich. Sept. 26, 2019).

Religious foster placement agencies face a serious threat that § 75.300(c) will be enforced against them. A number of lawsuits have been filed alleging that the prior rules violate the Religious Freedom and Restoration Act and the First Amendment of the United States Constitution by failing to accommodate the sincere exercise of religion. And the Western District of Michigan recently enjoined HHS from enforcing the prior Administration’s rule out of a concern that the State of Michigan “will lose all federal funding for foster and adoption services if the federal government enforces § 75.300(c).” Buck v. Gordon, 2019 WL 4686425 (W.D. Mich. Sept. 26, 2019).

The prior administration’s rule hurts foster children and violates the statutory and constitutional rights of religious child placement agencies. Take St. Vincent—the Catholic charity at issue in Buck. St. Vincent places children with any certified parent, including married couples, unmarried couples, and same-sex couples. Michigan, nevertheless, proposed to cancel St. Vincent’s contract if the charity held to its religious beliefs when referring new parental applicants. As the district court found, these facts “strongly suggests the State’s real goal is not to promote non-discriminatory child placements, but to stamp out St. Vincent’s religious belief and replace it with the State’s own.” Buck v. Gordon, 2019 WL 4686425, at *13–*14 (W.D. Mich. Sept. 26, 2019).

IWF supports the proposed replacement of (c) with the following language:

It is a public policy requirement of HHS that no person otherwise eligible will be excluded from participation in, denied the benefits of, or subjected to discrimination in the administration of HHS programs and services, to the extent doing so is prohibited by federal statute.”

IWF supports the proposed replacement of (d) with the following language:

HHS will follow all applicable Supreme Court decisions in administering its award programs.

This proposed language will protect civil liberties by requiring compliance with all applicable nondiscrimination statutes and Supreme Court decisions and allow child placement organizations to exercise sincerely held religious beliefs. IWLC contends that the modification will minimize disputes and litigation and is in the best interests of children in the foster care system.