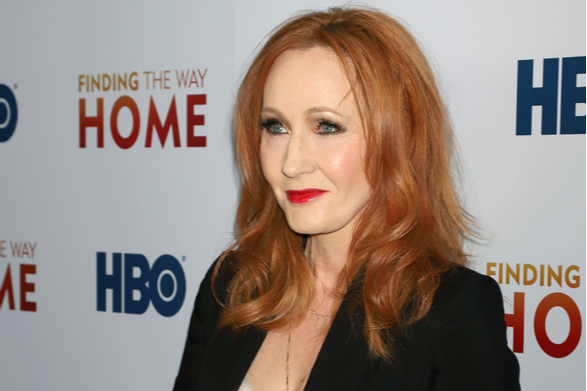 Hats Off to J. K. Rowling: She Changed the Transgender Debate with a Tweet

In a now-famous tweet, the creator of Harry Potter has “changed the transgender debate.” Here is the tweet:

Dress however you please.
Call yourself whatever you like.
Sleep with any consenting adult who’ll have you.
Live your best life in peace and security.
But force women out of their jobs for stating that sex is real? #IStandWithMaya #ThisIsNotADrill

Live and let live. What a brilliant idea!

Just to state the obvious, Rowling’s tweet doesn't take a stand on transgenderism.

But rather she takes a position on the destruction of Maya Forstater for having an opinion that dissents from the beliefs of transgender activists.

She was fired because she said that a transgender woman is still a man. She has said that this view is “rooted in biological fact.” The outrage!

I don't know if Rowling has a position on transgenderism. She very well may. But she does have an opinion on ruining the lives of people with whom we disagree.

We should care that women such as Maya Forstater are silenced.

I don't know if Rowling would agree on this, but I do believe we need to talk about the rules transgender activists would impose on society.

We do need to talk about women feeling unsafe in restrooms because transgenders claim the legal right to be there, or women having to compete with transgender women in women’s sports.

And a lot of women are, justifiably, afraid to talk about these issues.

James Kirkup of the [London] Spectator writes about the silencing of women:

I have written several times here about the fear that some women have about expressing their opinions and concerns about the trans-rights agenda. I know of women in many walks of life, some of them prominent public figures, who think that current and potential policies intended to make life easier for trans women (that is, people born male who know identify themselves as women) will have the effect of diminishing women’s safety, dignity and legal standing.

Among their concerns are the gradual erosion of laws that allow companies and organisations to restrict access to particular services and spaces according to sex (which is a biological fact). They fear that ‘gender’ (which is a social concept) is overtaking sex in common legal use, perhaps because a lot of people – including, shamefully, many public servants – either do not understand the difference or do not care. Some women see organisations such as Stonewall openly lobbying politicians to remove sex-based exemptions in the 2010 Equality Act that allow, say, a domestic violence refuge to deny service to a person of the male sex, and they wonder: why is so much effort and money being thrown at eroding the laws that underpin women-only services in Britain today?  Do the people behind these efforts not fear that scrapping those laws might make it easier for abusive men to claim to be trans women and gain access to spaces now reserved for women?

Yet many women who hold such concerns and fears do not express them publicly or openly. And, among that group are senior, powerful women, including members of parliament.

As I said, I don’t know (or care) what Rowling thinks about the transgender issue.

But we owe her a debt of gratitude for standing up for Maya Forstater.

It's a start and a big one.

But I offer her a profound bow for saying that we can express dissent without being punished.