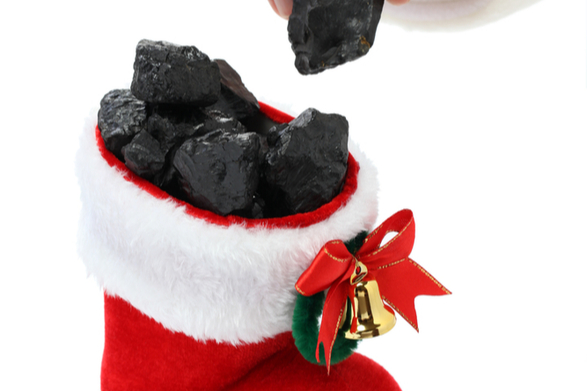 President Trump is getting coal in his stocking this year, but not for being naughty. Rather, as a sign of the “beautiful, clean” fuel that is a key part of our nation’s energy story that has produced a record-breaking economy alongside world-leading environmental progress.

If you are thinking this sounds completely counter to all you’ve heard about coal, then you have no doubt fallen prey to coal-shaming tactics, which have been on the rise in recent years. The reality is that coal is safe, reliable, affordable and thanks to our engineers and innovators, increasingly clean.

It’s safe to say that coal use today is significantly different than the coal use a couple of decades ago. Advanced energy technologies alongside new pollution control devices have transformed a once dirty process into a cleaner, more efficient process that delivers reliable electricity to millions of Americans.

Under Trump, the standards for what qualifies as “clean coal” have also been raised. Earlier this year, he finalized the first-ever legally viable plan for reducing greenhouse gas emissions from our nation’s existing coal-fired power plants. Referred to as the Affordable Clean Energy rule, greenhouse gas emissions are projected to decrease by 34 percent once it is fully implemented.

Beyond its role in environmental progress, the evolution of coal development and use has produced a range of other important benefits. The electricity produced by coal has expanded the scope of access to modern amenities like lighting, electric or gas cooking, air conditioning, life-saving heat, refrigeration for medicine and food and clean water treatment systems. As a result, life expectancy has more than doubled and global poverty has been reduced from over 40 percent to less than 10 percent of global population.

While a home without electricity is almost a completely foreign concept in the United States, globally more than 4 billion people still don’t have access to electricity. In these countries and communities daily necessities like food, water and basic medical care are hard to come by.

Despite significant increases in global food production that now has the capability to feed more than 10 billion people, a recent U.N. study found that 821 million people lack access to adequate food and one of the leading reasons is a lack of proper refrigeration complicated by inadequate power. Another study found that in energy depraved areas, women and girls spend 200 million hours a day walking to get water. Those are hours they could be spending going to school or building a new business.

The reality is that the prevalence of this situation could be drastically reduced with access to an affordable, reliable power source like coal, which is a requisite for a modern economy and a gateway for improving lives and livelihoods where poverty remains stubbornly prevalent.

America’s energy story is not just about coal. It’s not even about any of the other vast resources like natural gas, oil and nuclear or steadily growing renewables like wind and solar that make our modern economy work. The strength of our energy story is attributed to American ingenuity enabled by a free-market process. This piece of our energy story is why we continue to develop new technologies and better processes to reduce the environmental effects of energy extraction, development and use.

Santa understands the vital role coal has and will continue to play in human flourishing. Accordingly, he has called for coal-shaming to end and in an effort to start this trend, he will be leaving a lump of “beautiful, clean coal” in the president’s stocking. Regardless of their naughty or nice status, all little boys and all little girls deserve a brighter, healthier and more prosperous future and the path for that starts with a reliable, safe and clean source of energy.