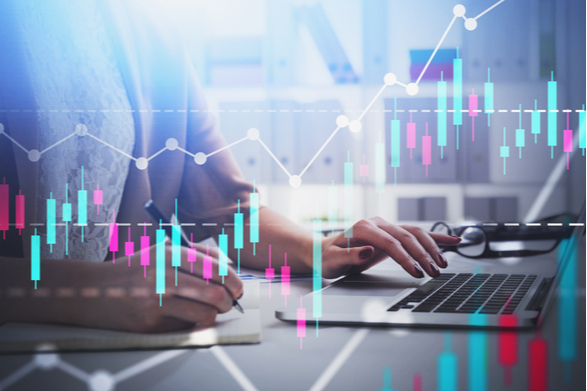 Not Convincing: Talking Down the Robust Economy

A key talking point for those who would replace President Trump is that, yeah, the economy may seem good—but only for those at the top.

It is not a convincing talking point simply because people know when jobs are plentiful and their earnings are improving.

But the statistics also tell the story.

Former chief economic adviser to President Trump Gary Cohn and Kevin Hassett, former chairman of the Council of Economic Advisers, take a look at the now that it is two years since the Tax Cuts and Jobs Act was passed.

This predicted increase in capital has materialized, and has translated into additional economic growth. In 2017 our calculations suggested gross domestic product growth would accelerate in response to higher capital spending, with the contribution of nonresidential fixed investment to real GDP growth rising to between 0.8% and 1% in 2018.

The contribution of this type of investment to economic growth from the first quarter of 2018 to the fourth quarter of 2018 was right on target, at 0.8%. This wasn’t the existing trend. Capital spending was 4.5% higher in 2018 than pre-TCJA blue-chip forecasts, and this trend continued in 2019.

This extra capital improved productivity and wages and, as expected, did so especially for those in lower-paying jobs. The numbers are striking. Over the past year, nominal wages for the lowest 10% of American workers jumped 7%.

The growth rate for those without a high-school diploma was 9%. The median worker benefited as well, but much less so, helping to begin closing the income inequality gap. And about that $4,000? Real disposable personal income per household has increased $6,000 since the tax cuts were passed.

But shouldn’t we be thanking President Obama for this prosperity?

As Cohn and Hassett point out, President Obama hiked marginal tax rates, and this led to a decrease in workforce participation. Labor force participation rose after the TXJA was put into effect. The authors write:

Those who say that the strong economy under President Trump is merely a continuation of past trends are in full-scale denial. Before Mr. Trump took office in January 2017, the Congressional Budget Office forecast the creation of only two million jobs by this point. The economy has in fact created seven million jobs since January 2017. At the same time, the Federal Reserve’s median forecast had the unemployment rate inching up toward 5%, almost 1.5 percentage points higher than the current 50-year low.

To be sure, there have been some headwinds over the past year with the Fed’s interest policy, the domestic political environment and trade-policy uncertainty pushing growth to below the 3% target in 2019. Nonetheless, the slowdown is world-wide, and the U.S. is the only Group of Seven country that will post growth above 2% this year.

All of this is a great victory for the American people—and for the latest economics literature. It is therefore disappointing to see Democratic presidential candidates, devoid of alternative explanations for the surging economy, calling for the reversal of the tax cuts while asserting that the TCJA benefited only the wealthy. The data clearly prove otherwise.

And people are not stupid.