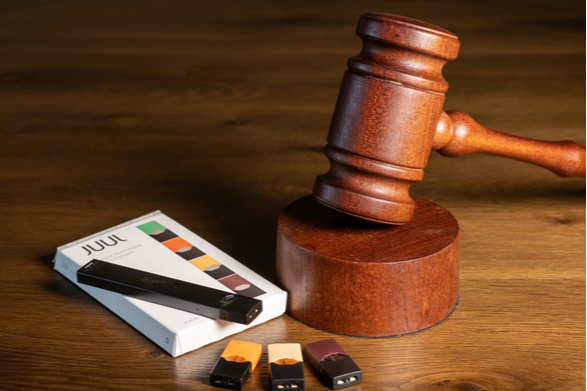 The Latest on Vaping

On this latest podcast, Independent Women’s Law Center director Jennifer Baceras and I discuss the latest updates on vaping—from the White House’s threat to ban all vape products and e-cigarette flavors to the latest lawsuit against Juul, and the continued narrative that there’s a teen vaping epidemic.

On the White House ban: In November, President Trump hosted both vaping advocates and anti-vaping activists at the White House to hash out the topic. Sadly, the anti-vaping activists—made up largely of billionaire Michael Bloomberg-funded organizations–were uncompromising in their desire to see all vaping products banned, even when vaping advocates pointed out that such a ban would drive most former smokers back to combustible cigarettes.

Meanwhile, President Trump clearly understood the dangers of prohibition policies, saying to the meeting’s attendees that he worried a ban on these products would strengthen and even grow a black market of products that are unregulated and untested. This, he said, could lead to more lung injuries. He’s right. While the media, for months, characterized the lung injuries as “vaping-related,” the CDC finally announced in mid-November that the injuries were caused by illegally manufactured THC products that were contaminated with vitamin-E acetate—a dangerous substance to vape and is not legal in vape products.

Since that meeting, the White House has abandoned plans to ban vaping products, deciding instead to raise the age of legal vaping and smoking to 21. Other stop gap measures are being discussed, such as greater enforcement on illegal sales to minors and banning bulk sales of vape products, which ostensibly will reduce illegal sales to youth vapers.

On the lawsuits: Jennifer and I discussed a new lawsuit just filed by New York Attorney General Letitia James against e-cigarette company Juul. The lawsuit claims that Juul’s marketed its products directly to youth, engaged in deceptive marketing practices, and illegally sold e-cigarettes to minors via its website and through third-party retail stores. The suit further alleges Juul advertising campaigns failed to warn consumers that Juul e-cigarettes contain nicotine, and falsely marketed them as a safer alternative to traditional cigarettes.

Yet, there’s an important new peer-reviewed study that shows that kids aren’t even purchasing vape products directly on Juul’s online website nor are teens obtaining them through third party retail stores (like convenience stores and vape shops).

The study, titled “Sources of youth access to JUUL vaping products in the United States,” which was recently published in the journal Addictive Behavior Reports, found that “social sources” are the primary way teens accessed JUUL products, NOT retail stores or online stores.

In fact, the study found that a whopping 79.6% of current underage JUUL users obtained JUUL products from legal age friends or peers. That means, teens aren’t even entering a store or going online to purchase these items. Rather, teens are getting them from their friends who are of legal age to purchase them. The study also showed that 77.5% had obtained JUUL products exclusively from social sources.

So, here’s the thing. The reasons anti-vaping activists say they want to ban Juul and other e-cigarette products and flavors is to keep them from kids. But is that really going to work if kids are getting them outside of these stores?

As for the New York Attorney General’s claim that e-cigarettes are not safer than traditional cigarettes, that simply isn’t true and it’s going to be hard for her to prove that when hundreds of peer reviewed, widely respected studies show the opposite. And while she can point to some U.S. based medical organizations (who benefit from both cigarette sale taxes and Bloomberg’s anti-vaping largesse), who do not endorse vaping as a smoking cessation tool, there are as many pro-vaping professional medical organizations in England and Europe that endorse the overwhelming evidence that vaping is safer than smoking.

For more information on all of these topics, listen to the podcast here.