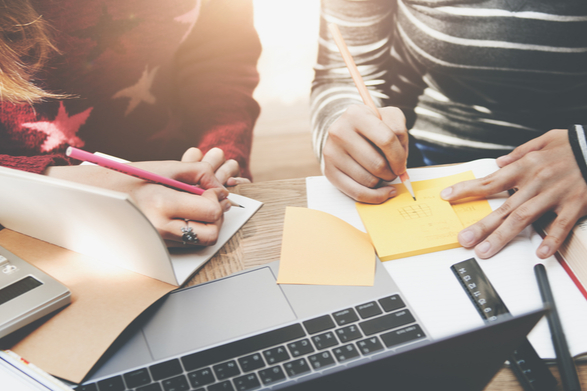 Elite private colleges across the country now sport price tags in the $75,000 per year range, an amount beyond the reach of all but the most affluent families. Traditionally, they have held all the bargaining power — but that may soon change, thanks to a new initiative from Team Trump.

Here’s the elite higher-ed problem in a nutshell: The institutions set the same deadlines for ­application, and they announce admission and financial-aid decisions on a common date. But now the Trump administration is trying to use market forces to restore a measure of bargaining power to consumers — and strike a blow against the cartel.

A year ago, the Justice Department sent a letter to the ­National Association for College Admission Counseling seeking information on its “ethics code.” The department suggested that colleges are in violation of antitrust law by seeking “to restrain trade among colleges and universities in the ­recruitment of students.”

Of particular interest to investigators was the fact that schools are all on the same calendar in terms of when to accept applications, when to let students know about their decisions, when to inform them about financial packages, when to require a final decision with respect to enrollment, as well as a ban on enticements to apply early. It appeared that colleges and universities are engaged in a conspiracy to restrain competition in their industry.

In December, NACAC reached an agreement with the Justice Department: The association would allow members to recruit students after they have committed to another school and even permit members to encourage students to transfer to other ­institutions after they have ­already enrolled. Makan Delrahim, the assistant ­attorney general for the antitrust division, called the settlement “a victory for all college applicants and students across the United States.”

The fact that colleges shared the same timeline for admissions may seem harmless, but in fact it can serve to disadvantage ­students who are already struggling financially.

Defenders of the status quo claim that the common timeline ensures the wealthy don’t gain an unfair advantage by applying early and snatching the large number of slots allocated by ­December. But in fact, the new agreement ensures that early applicants and deciders don’t necessarily get a leg up, because colleges will be forced to compete vigorously for later deciders.

Since we are just past the holiday season, it may help to think of this process in terms of Christmas shopping. It’s true that those who shop for their gifts in September may have ­access to the widest selection in goods and the best chance of getting exactly what they want.

Similarly, applicants who apply early may have the best chance for admission to their dream college. Early shoppers may not care about the price reductions on Black Friday. And early applicants are generally not particularly price-sensitive either.

But as the holiday season proceeds, retailers become more anxious to get items off their shelves by offering steep discounts. Up until now, this hasn’t worked for families shopping for the right college at the right price. Students who want to ­attend a four-year college in the Northeast but aren’t choosy about which one are unlikely to get a lower price than those who committed early and were much pickier.

Under the new arrangement, there will be a potential price ­advantage to waiting. Indeed, these students may be getting the equivalent of the day-after-Christmas sales.

Students will now be able to enroll in a college in May and still receive competing financial-aid offers from other schools all summer. If a school’s freshman class turns out to be smaller than predicted, then admissions counselors can start dangling financial incentives in front of applicants who might have committed elsewhere.

Of course, it’s true that higher education costs will never be subject to real market pressure as long as prices are opaque to consumers. The federal government subsidizes college tuition to the tune of more than $90 billion a year, not including student loans, which drives up ­tuition in an endless cycle; as tuitions increase, so must the subsidies. Until those policies can be changed, though, the Trump ­administration has struck an ­important blow on ­behalf of struggling families and students.