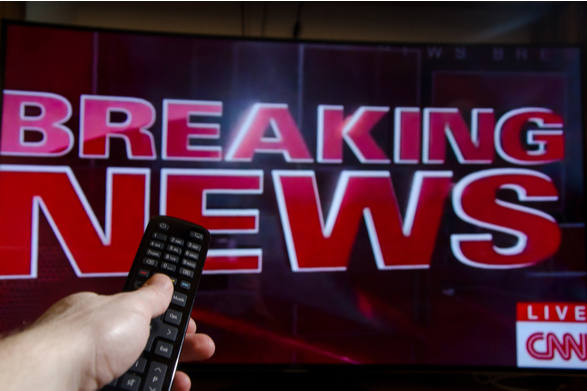 Media outlets, including CNN, immediately portrayed Sandmann, then sixteen, as the aggressor in a confrontation last year between Omaha Nation Elder Nathan Phillips and the teen.

The Covington Catholic kids were waiting at the Lincoln Memorial for a bus to pick them up and take them back to Kentucky after last year’s annual March for Life when Phillips and members of the Black Hebrew Israelites surrounded the kids and began jeering at them and beating their drums.

Sandmann was vilified in the press. His main sins seem to be wearing a Make America Great Again hat and gamely trying to smile throughout the encounter.

But not before the bishop of his own diocese back in Kentucky had denounced Sandmann and the other Covington kids!

Sandmann and the other high school kids seemed to be trying to just get through the incident as best they could and without adding to the nasty atmosphere.

As for the CNN offer, a Fox affiliate in Kentucky is reporting:

The amount of the settlement was not made public during a hearing at the federal courthouse in Covington, Kentucky.

A federal judge has ruled to permit portions of Sandmann’s $250 million defamation suit against the Washington Post to go forward. A date has not yet been set.

I used to be a reporter, and I know it is possible to make honest mistakes. But the defaming of Nick Sandmann was something else: a case of media bias determining coverage, even if it meant harming the reputation of a minor.

Reporters let their prejudices run wild determine their story line: a MEGA-hatted young punk disrespecting a Native America elder. Only, as the evidence showed, this was not what happened.

Sandmann’s lawyers say that any money garnered from the legal challenges is not to enrich young Sandmann but to “deter the defendants” from doing this to somebody else in the future.

But Sandmann, who was made a national villain at the ripe old age of sixteen, deserves some compensation.

And if suits such as Sandmann’s encourage the media to be fairer to people whose backgrounds or values they don’t share, then that would be great, too.