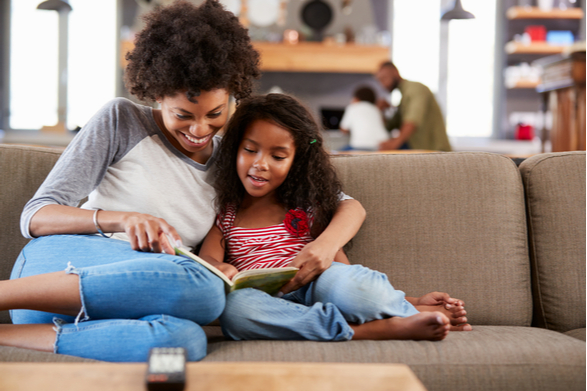 Talking Points for Tots: Time Mag Wants to Help You Tell the Kiddies about Qasem Soleimani

Are your small fry pestering you for an explanation of the death of Qasem Soleimani?

Well, you are in luck. Time magazine will help you explain this to your children.

Time has just published in TimeforKids a handy guide on how to address the death of Soleimani with children.

It will leave kids utterly confused and deeply ignorant, but other than that it's perfect.

First of all, kiddies may want to know just who Qasem Soleimani was. Time explains:

Qasem Soleimani was a top military leader in Iran, a country in the Middle East.

Why would we want to kill a “top leader” in another country? Isn’t that illegal anyway? Well, here’s why, boys and girls:

President Donald Trump has called Soleimani a terrorist. Trump says Soleimani ordered attacks on American military and diplomats and was planning attacks against Americans in the Middle East. For this reason, Trump ordered the U.S. military to kill Soleimani. The drone attack took place at an airport in Baghdad, in Iraq. An Iraqi leader was killed with him.

What a very bad president, boys and girls!

Time's guide should be a new genre—the how not to guide.

As a Fox News item on the guide notes, the deaths and maiming of hundreds of U.S. soldiers and countless others is overlooked, except as some kind of accusation lodged by President Trump.

"A bad man who killed tens of thousands of people including hundreds of Americans was blown up," conservative commentator Ben Shapiro responded.

“The guy who threatened another Holocaust of our people, and who had the means to try to carry it out, is gone. I hope that’s ok with you kids,” Washington Examiner executive editor Seth Mandel wrote.

My kids did ask what’s going on in Iran. I told them we kill terrorists.

My 9 year old saw something about it on the news when we were flipping around. He asked what happened. I simply told him that our soldiers killed a very evil man who had murdered a lot of innocent people, because we didn’t want him to hurt anyone else. That’s it. Pretty simple.

So I guess the good news is that parents don’t need talking points from Time to speak to their own children?