Lower The Cost of Birth Control By Making It Available OTC

In a new piece in the Los Angeles Times, Michael Cannon and Jeff Singer of the Cato Institute note the drastic price increases of contraceptives after the Affordable Care Act’s contraceptives-coverage mandate took full effect in 2014:

…prices for hormones and oral contraceptives stopped falling and instead skyrocketed. By 2019, they had risen three times as fast as prices for prescription drugs overall.

And in a follow-up blog post, Cannon and Singer present a new graph revealing just how exorbitant these costs have become: 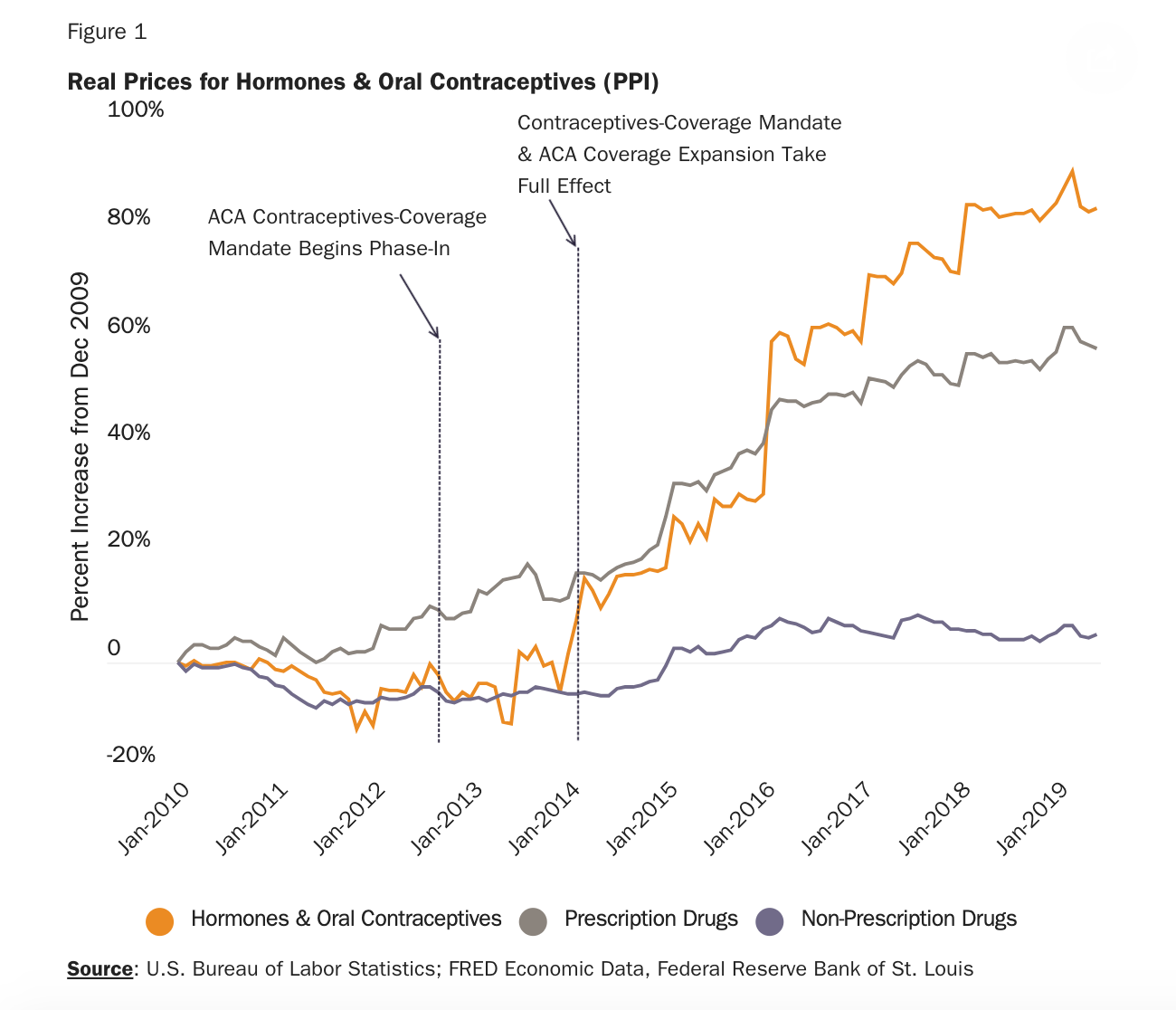 Under the ACA, nearly all insurance plans are required to cover prescription contraceptives with no-cost sharing which means insurers cannot charge a co-pay for bill control. But just because there’s no co-pay doesn’t mean that birth control pills are free for those who rely on them. The reality is that the research, development, and production of any drug comes with costs. As a result, women still end up bearing the costs of no co-pay birth control in other ways such as in the form of premiums.

In the Los Angeles Times piece, Cannon and Singer rightly argue that we can lower the cost of birth control by making it available to women over the counter. Over-the-counter birth control would increase competition and lower the cost of the drug which would help low-income and uninsured women most of all. This has been the case for many other pharmaceuticals that moved from prescription-only to over-the-counter, like Claritin, which fell 50 percent within a year.

Furthermore, making birth control available over the counter would remove unnecessary barriers for the millions of women who choose to use this drug to help them avoid unintended pregnancy and other important health reasons. Many, including leading medical groups such as the American College of Obstetricians and Gynecologists, recognize that oral contraceptives are safe for women to use and should be sold over the counter.

Conventional birth control drugs have been around for decades; women should not be required to get a prescription in order to obtain routine birth control. It’s simple: Making birth control available over-the-counter will make life easier for millions of women and allow them to exercise their right to buy birth control for themselves.

As Cannon and Singer put it, “Birth control should be affordable and so easy to access that women can simply send the men in their lives to the store to buy it.”