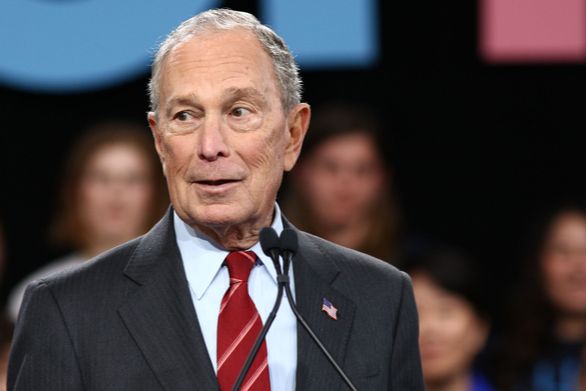 Presidential candidate Michael Bloomberg ran an ad during the Super Bowl, at a cost of more than $10 million, to bring his message of gun control to a wide audience. This ad spend is a drop in the bucket compared to the $250 million he has spent so far. It is a heart-wrenching ad, featuring an interview with a mother who lost her son to murder.

The 60-second ad reveals some details, but it also omits other important facts that would change the tone of the story.

The mother, Calandrian Simpson Kemp, talks about her son George, and all of the things he loved to do. The b-roll displays pictures of a young teen in football gear, while Mrs. Kemp talks about George’s hopes of a career in the NFL. The ad portrays George as an innocent young child, gunned down in the prime of his life.

Regardless of the details of the death, we can all agree that the death of a child is an unimaginable loss to a parent. I watched my own parents go through it. It changes lives forever.

But if the story is being told to persuade people to think a particular way on a governmental policy, it’s important to know the complete facts.

First, George was shot by an associate of someone he knew, whom he called to meet over a dispute. While the pictures in the ad show George as a young teen, he was 20 years old at the time of his death. Prosecutors say it was a gang-related murder, a notion his family disputes.

Next, there is a graphic in the ad claiming that 2,900 children die from “gun violence” every year, but it cites no source. According to research by Stephen Gutowski from the Washington Free Beacon, that number includes 18 and 19 year-olds, who are considered adults. If the numbers for adults are removed, that number is cut in half.

Then, in Bloomberg’s ad, Mrs. Kemp, who is a volunteer for the Bloomberg-funded gun-control group Moms Demand Action, says that her son was killed on a Friday morning. That might lead the viewer to believe that young George was innocently headed to school in the morning., when it was really near midnight, and George was a 20-year-old man.

Finally, Mrs. Kemp refers to gun violence as a “national crisis,” and would have the viewer believe that fewer people will die if Michael Bloomberg is president. But according to the FBI’s own statistics, homicides using a firearm have plummeted. And if Bloomberg has his way, the approximately 1,000,000 Americans, who use a firearm defensively to protect themselves and their loved ones, wouldn’t have access to that life-saving tool.

As the nation’s presidential caucuses and primaries kick off, voters will be inundated with ads for the candidates. It’s our job to sort out the facts from the fiction.