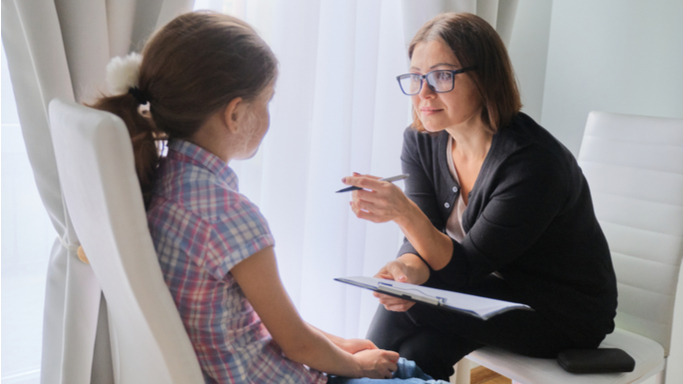 Scott Adams, creator of the Dilbert cartoon, recently pondered on Twitter, “I can’t decide if I should be worried that things will never be the same or worried that they will.”

Many advocates for our country’s antiquated traditional public school system insist education must return to the pre-COVID regime. Groups like Public Funds Public Schools insist that public schools are the “centerpieces of our communities” and the “cornerstone of American democracy.” Apparently shifting to a post-COVID educational approach that ultimately does not send children back full-time to public school buildings would be deeply undemocratic and a threat to our nation’s future.

Claiming that public schools are essential to our democracy is erroneous for numerous reasons, including research revealing the high levels of civic knowledge and engagement among private school students, greater participation in cultural activities among homeschooled students, and the nation’s abysmal U.S. history and civics National Assessment of Educational Progress (NAEP) scores. In 2018, less than a quarter of 8th grade students tested in civics performed at or above a proficient level. Appallingly, only 15 percent of 8th graders tested in history in 2018 were proficient, with scores in the democracy and culture categories down significantly. Public school apologists cannot assert that they are indispensable for the preservation of American democracy while utterly failing to teach the country’s children U.S. history and civics.

The public school sector possesses an almost militant fixation on both the perceived superiority of the public option and the physical aspects of schooling. With most of the nation’s 50 million elementary and secondary students home and the doors of schools’ physical buildings closed due to the coronavirus pandemic, many school districts decided that they could not educate students that were not sitting in bricks-and-mortar buildings. With school no longer taking place in physical classrooms, most districts either made a feeble attempt at remote education, some waiting until late April to provide access to online materials, or abandoned their educational mission all together.

Why did the public school system prioritize providing meals over providing education? Why, as the school year concludes, are only 44 percent of 82 surveyed school districts providing instruction online with curriculum, instruction and feedback, according to data compiled by the Center on Reinventing Public Education (CRPE), and only 20 percent tracking attendance? With the exception of highly effective districts like Miami-Dade County Public Schools, even the districts providing some instruction and student-teacher interaction are not offering robust education for their students. Well-funded districts, such as Arlington County, Virginia, which spends $20,000 per pupil, essentially deserted their educational mission by intentionally not introducing new material to their students or allowing teachers to hold classes or issue grades during the final quarter of the school year.

As Robert Pondiscio observed, “Even schools and districts making “remote-learning” efforts have mostly limited themselves to reviewing material covered previously, in an attempt to prevent learning loss. Most U.S. school districts have adopted pass/fail grading for what’s left of the school year; the San Francisco Board of Education has considered giving every student an A in classes disrupted by the pandemic.”

Parents of complex children often hear that, “a bored brain is a dangerous brain.” Students that struggle with behavioral and emotional challenges require engaging and challenging learning opportunities. If stimulated academically, they are less likely to succumb to depression and anxiety. Although the advocates for the existing system of bricks-and-mortar traditional public schools are requesting funding increases to provide social-emotional learning (SEL) lessons in the fall, they have set fragile children back this spring by abandoning them academically. If the public school sector was as concerned about children’s emotional health as they claim, schools could have prioritized providing students with technology and internet access in order to provide SEL resources to the students while they were out of the school building.

I have a proposal for the traditional public school sector: consider shifting neighborhood public schools into more of a community center role post-COVID. The public school sector will always claim to be under-funded. If the sector believes that current funding levels (contra common perception, inflation-adjusted education funding has increased substantially over the past decades) are insufficient and many public schools have communicated clearly that they don’t prioritize providing educational instruction, perhaps it is time to rethink the role of many or most public schools. The mission of the schools and school districts that chose to not educate children during the COVID-19 closures and those that chronically fail their students, such as school districts in Detroit, MI and Providence, RI, could transition to primarily providing meals and mental health services, while leaving the provision of education to entities with education as their primary mission.

“What’s passing for distance learning is a shoddy stopgap,” Rick Hess of the American Enterprise Institute (AEI) declared recently, “and if leaders in any state or school are not up to the challenge, they should just turn their funds over to families so they can find schools that are.”

Education funding should follow students, rather than protect outdated institutions. Perhaps public schools disinterested in educating children could be “centerpieces of our communities” by distributing meals and, perhaps, SEL materials. The public sector’s choice to abandon their education mission during the COVID-19 crisis confirms that education funding should follow the students to an educational provider – a hybrid school, homeschool, virtual courses, tutoring, charter school, or private school – that meets their needs.