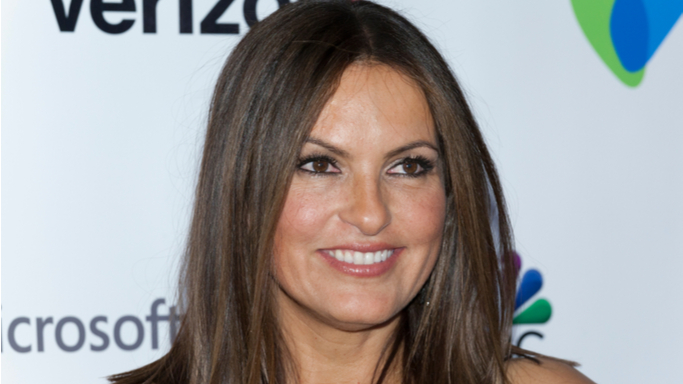 And Then They Came For Olivia Benson

Although I get put out with Detective Olivia Benson and her unfailing loyalty to lefty platitudes, I am an ardent fan of Law & Order, Special Victims Unit.

This is not because the show is politically sympatico. It is not. Indeed, when the Obama administration put out its famous “Dear Colleagues” letter about sexual accusations on campus, SVU writers took it to heart. We were treated to a parade of stories about macho college rapists (including frat brothers who display a Confederate flag in the frat house—in Manhattan no less!).

Sometimes the preachiness got too much and I had to switch channels. But I kept coming back because of brilliant plots, with unexpected twists and turns, all within a disciplined formula. I find I am able to forgive Olivia Benson (played by Mariska Hargitay) because the show is so well-done.

But now Rolling Stone scribe EJ Dickson says it is time to end the series. The headline sums it up:

Sorry, Olivia Benson Is Cancelled Too

The Law and Order SVU protagonist gets lionized as a TV “good cop.” And that does real world damage.

You’d think it would be beneficial to see a good role model like Benson. Dickson acknowledges that people have been inspired to join law enforcement because of Olivia Benson. Nevertheless:

The protests against police brutality have prompted a necessary conversation about the lionization of cops in popular culture, and how such tropes condition us to view police officers as a force for good, even when there is ample real-life evidence to the contrary. Law and Order: SVU show runner Warren Leight himself weighed in on this on a Hollywood Reporter podcast, saying, “People watch the shows to see heroes. You have the responsibility to at least depict the reality — as close to the reality as you can.”

And these discussions have culminated in real-life change: At least two reality shows featuring police officers have been canceled following the protests, and LEGO nixed a marketing campaign for its latest police officer toy set. Some producers, like Tom Scharpling of Monk, have even issued mea culpas of sorts, tweeting that those who have worked on series that depict cops as “lovable goofballs…have contributed to the larger acceptance that cops are the implicitly the good guys.”

It is safe to assume that, for some time at least, culture creators are going to be cautious about depicting police officers in a positive light, and that will result in some much-needed changes being made in writers’ rooms and studio brainstorm sessions across the country.

Has Dickson even been watching the series? If I know my SVU, there is already an episode based on the death of George Floyd in the works. The series also never hesitates to depict police brutality. Quite a few plots revolve around corruption.

What he apparently can’t stand is a positive depiction of any members of law enforcement. It does “real world damage.” And so you can’t watch it. He writes:

No matter how fraught the role of law enforcement officials become in the cultural imagination, no matter how embedded she is in a system that perpetuates racism and misogyny and brutality, nobody wants to see Olivia Benson as anything but a hero. We need to believe the system is not totally broken. We need to believe that cops are not totally irredeemable. We need to believe that some cops can be Good because Olivia Benson is Good, even if to hold her up as the exception to the rule that perpetuates the #notallcops line of thinking that leads some people to nod their heads when Fox News demonizes the protesters in the first place.

Keep up the wholesale, indiscriminate  demonization of the police and we won’t have to defund police departments. Nobody will sign up for a dangerous job that is not only unappreciated but slandered.

In real life, Dickson admits, Mariska Hargitay has used her celebrity to help reduce the backlog of rape kits. She is president of the Joyful Heart Foundation, which supports the survivors of sexual abuse and violence.

As annoying as Olivia can be sometimes, I am very sorry to see she has run afoul of the propaganda ministry.