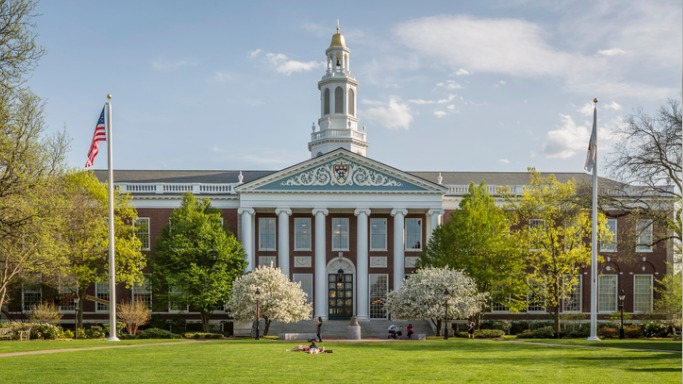 "The Ivory Tower’s march toward a monoculture of like-minded, intolerant liberal views demonstrates the sneering disdain for everyday Americans and will instill a culture of fear for students who will understand that a conservative viewpoint will not be tolerated and will be silenced."

Rep. Elise Stefanik, who represents New York’s 21st congressional district and graduated with honors from Harvard University, has been removed from the Senior Advisory Board of Harvard’s Institute of Politics.

Dean Doug Elmendorf sent a letter regarding the decision to remove Stefanik to the Senior Advisory Board. Here is a portion:

Over the past several days, Mark Gearan and I have spent a good deal of time considering the role at the Institute of Politics of our colleague Congresswoman Elise Stefanik, whom I have included in this message. Mark and I have read public materials, listened to students and alumni, and consulted with colleagues at Harvard on this important matter.

Following this consideration, I spoke with Elise and asked her to step aside from the Senior Advisory Committee. My request was not about political parties, political ideology, or her choice of candidate for president. Rather, in my assessment, Elise has made public assertions about voter fraud in November’s presidential election that have no basis in evidence, and she has made public statements about court actions related to the election that are incorrect. Moreover, these assertions and statements do not reflect policy disagreements but bear on the foundations of the electoral process through which this country’s leaders are chosen.

When Stefanik told Dean Elmendorf that she would not step down, he removed her.

We never want to see the foundations of our electoral process undermined. It has been the fairest system in the world for more than 200 years. But raising questions about possible problems in the process is not undermining those foundations. We want to ensure the integrity of elections.

Stefanik’s response to the removal was courageous. She replied:

As a conservative Republican, it is a rite of passage and badge of honor to join the long line of leaders who have been boycotted, protested, and canceled by colleges and universities across America. The decision by Harvard’s administration to cower and cave to the woke Left will continue to erode diversity of thought, public discourse, and ultimately the student experience. The Ivory Tower’s march toward a monoculture of like-minded, intolerant liberal views demonstrates the sneering disdain for everyday Americans and will instill a culture of fear for students who will understand that a conservative viewpoint will not be tolerated and will be silenced.

During my time in Congress serving on the House Committee on Education and Labor, I have already taken on Harvard and won. Building a bipartisan coalition of Members of Congress who successfully fought against Harvard’s unconstitutional attack on freedom of association for single-sex organizations remains one of my proudest achievements. I relish the opportunity to stand up for freedom of speech and freedom of thought on college campuses across America. Congratulations Harvard, the entire Board of the Institute of Politics now consists only of Joe Biden voters – how reflective of America.

Stefanik, 36, has an impressive CV, and it is more than reasonable to expect many more great things of her.