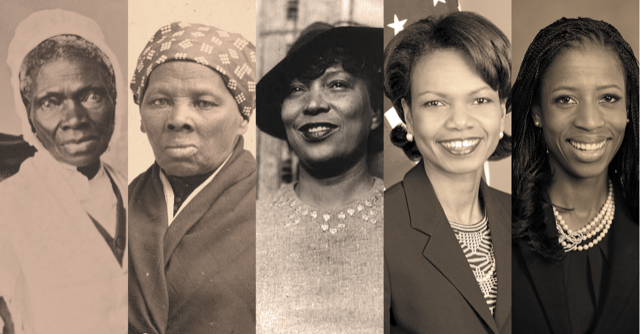 Did you know that a few well-known black women in American history were right-leaning or even part of the Republican Party?

Although black women overwhelmingly vote with the Democratic Party today, some of the giants on whose shoulders they stand held different political views.

On the first day of Black History Month, a time dedicated to reflecting on the accomplishments of blacks in America, we look at five powerhouse conservative black women who fought for equality and freedom for all people:

Former slave – Truth was born into slavery and bought and sold four times. She ran away with her infant to a nearby abolitionist family which bought her freedom for twenty dollars.

Liberator – Tubman was a “conductor” on the Underground Railroad, a network of escape routes and safe houses. Over 19 trips she helped 300 slaves escape.

Suffragist – After the Civil War, Tubman joined Elizabeth Cady Stanton and Susan B. Anthony in their efforts to gain rights for women.

Influencer – Hurston and a group of writers joined the black cultural renaissance taking place in Harlem and she became a central figure. She influenced many writers and became one of the foremost female writers of the 20th century.

Educator – Rice began her teaching career at Stanford in the early 1980s and ten years later became the first woman and first African American to serve as the Provost of Stanford.

Golfer – Rice became one of the first two female members admitted to Augusta National Golf Club, which had excluded women for 80 years.