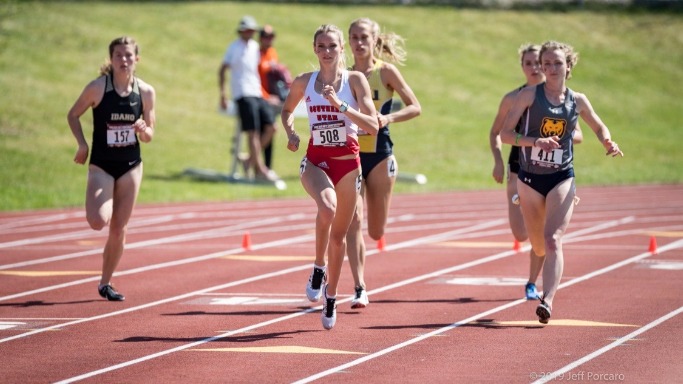 Does allowing transgender women to compete spell the end to women’s sports?

SALT LAKE CITY — Southern Utah University sprinter Linnea Saltz didn’t think she would have much of a chance to defend her Big Sky 800-meter title when she learned a one-time male University of Montana athlete would be running on the women’s team.

Saltz, now a graduate student-athlete at Georgetown University, was among several female athletes who participated in a conference call Wednesday hosted by the Independent Women’s Forum, a conservative nonprofit organization focused on women’s issues.

The group said it is concerned that an executive order President Joe Biden issued jeopardizes girls and women’s sports and puts them in physical danger. Requiring women and girls to compete against athletes who were born male undermines Title IX, which expanded opportunities for women in school athletics, said Jennifer Braceras, director of Independent Women’s Law Center.

Female transgender athletes competing in girls high school and women’s college sports has become a controversial topic in state legislatures and courts across the country. Several states, including Utah, are looking to pass laws that would require public schools and universities to designate athletic activities by sex, effectively banning female transgender athletes from participating.

“Make no mistake, the efforts that some people are making in this area are really nothing short of an all-out assault that seeks to end women’s sports,” he said.

In Connecticut, three high school girls, including Selina Soule, who lost track titles to males who identify as females, sued the Connecticut Interscholastic Athletic Conference over a policy that allows biological males to compete as girls in high school sports.

“We all knew the outcome long before the race started, and it was extremely demoralizing,” she said. “We missed out on medals and the opportunity to advance.”

Soule, who now runs track for the College of Charleston, said when they asked questions, they were told they have the right to compete but they don’t have the right to win. She said women don’t “sacrifice everything” just for participation medals.

Read the full article on Deseret News. Or find the full audio and transcript from the IWF Press Call on our website here.

ICYMI: Senators, Female Athletes, Including 3x Olympian, and Lawyers Weigh In On The Rising Threat To Women’s Sports