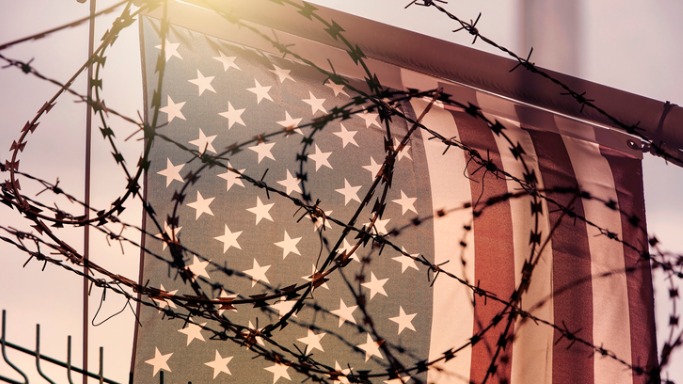 Conservatives are for border security and prioritizing the needs of American citizens. We oppose the Biden Administration’s chaotic and dangerous handling of immigration along our southern border and an unwillingness to enforce our country’s immigration laws or complete the border wall construction. These reckless policies are leading to a rising crisis at the southern border.

Conservatives believe there is nothing humane about promoting illegal immigration that incentivizes human trafficking, child abduction, and drug cartels. Sovereign nations must have secure, controllable borders and enforce the rule of law.

Starting day one of his administration, President Biden has stopped effective border security measures put in place by the Trump Administration, amplified signals of an open border, halted construction of the border wall, and ceased enforcing immigration laws. He announced that he would no longer enroll illegal aliens coming to the border in the “Remain in Mexico” program, which had effectively stopped the caravans of illegal migrants coming from Central America.

The Biden Administration has also terminated the effective asylum agreements the Trump Administration made with the governments of El Salvador, Guatemala, and Honduras that held the Northern Triangle countries accountable. Biden seeks to replace them with $4 billion of foreign aid over four years, without any effective conditions attached, providing these countries with significant benefits of foreign aid, the U.S. accepting and employing their nationals, and the billions of dollars in remittances that their nationals send home from working in the U.S. That is a terrific deal for Central American countries, but no deal for America.

Conservatives strongly oppose the policies that the left has put in place that incentivize unaccompanied alien children (UACs) to make the dangerous journey to our southern border, including quick release into America, taxpayer-provided representation, expedited juvenile visas, and more. We are now seeing another surge of UACs at the border including 5,700 in January and approximately 9,000 in February.

The Biden Administration’s border and immigration policies have quickly and visibly attracted tens of thousands of illegal aliens to the border and they are being released into American communities. The Border Patrol is overwhelmed and is facing border crisis numbers, including 4,700 apprehensions a day. Obama DHS Secretary Jeh Johnson said during the border surge of 2019 that “a thousand [apprehensions] overwhelms the system. I cannot begin to imagine what 4,000 a day looks like, so we are truly in a crisis.”

Today, Biden’s DHS is scrambling to re-open tent facilities and to locate planes to fly aliens to communities farther into the U.S. interior. A supplemental request for tens of billions of dollars will soon be sent to Congress to pay for these dangerous and reckless policies. Conservatives oppose this fiscal negligence.

As President Biden and Democrat Governors keep public schools closed to America’s children and economic activity for American workers locked down, the Administration has opened the border to illegal migrants, including those testing positive for COVID. After suffering for a year, Americans deserve to have their lives and livelihoods prioritized, and not forced to pay the hospital bill for COVID infected illegal immigrants.

As a sovereign nation, America has a right to a lawful and orderly immigration system. The Biden Administration has instead quickly brought illegal immigration and chaos to our border. Americans should be the priority and Americans deserve better.