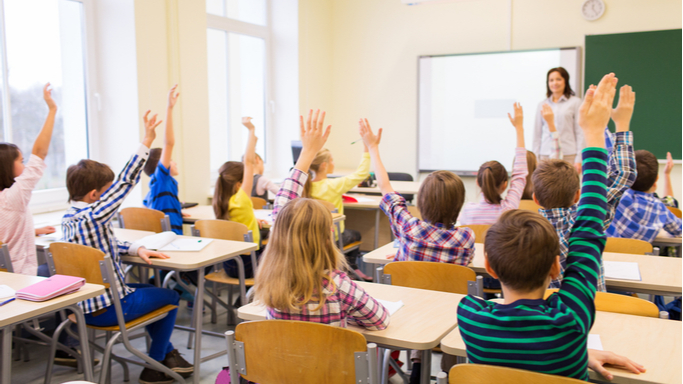 The most extensive school choice legislation in the nation has just been passed into law by the state of West Virginia, once the state most cowered by its education unions.

The reform gives West Virginia parents more educational choices for their kids by creating the Hope Scholarships program, which will allow parents to receive an estimated $4,600 per year to spend on education expenses, which could include homeschooling or private schools.

Jayme Metzgar suggests in a terrific piece in The Federalist that one reason this extensive law passed in West Virginia is that the education unions overplayed their hand in negotiating with the state.

We’re now seeing education unions across the country actually functioning as roadblocks to re-opening schools. The current union image is anything but that of kindly educators eager to resume teaching the nation’s kids.

Three years ago, as Metgar recounts, the unions were riding high in West Virginia:

In February 2018, public school teachers brought West Virginia to its knees. Seeking pay raises and better health plans, unions had declared a “work stoppage” in all 55 counties, shuttering every public school in the state. The “stoppage” — which was in fact an unlawful strike — dragged on for nine school days, costing children nearly two weeks of instruction. Under pressure, the Republican legislature rushed through a pay raise to pacify the unions.

The victorious teachers of West Virginia quickly became the darlings of the socialist left. Jacobin magazine, which had extensively covered the strike, ran a victory-lap interview entitled “What the Teachers Won.” News coverage touched off copycat strikes, beginning in Arizona and spreading to other states. The “Red for Ed” movement was born, uniting unions, socialists, and other far-left radicals in dreams of an American labor renaissance.

Tasting victory, the West Virginia teacher unions grew bolder. The teachers demanded a second pay raise. The legislature tried to tie the second raise to introducing ESAs for a small and specific number of students (disabled students, for example) but quickly capitulated after the unions called a brief second strike.

Metzgar quotes a state legislator who says that she believes that most West Virginians were never opposed to school choice but were intimidated by the education unions:

State Sen. Patricia Rucker, the Republican chair of the Senate Education Committee and chief architect of the ESA effort, has a few theories about what made the difference. First, she believes the majority of West Virginians never opposed school choice in the first place; they were simply afraid to say so.

“During the strikes, I saved a folder of all the people who wrote to me in support of the education reform. I kept all of their emails,” Rucker told me in an interview. “The vast majority of them said something like, ‘Please don’t use my name. Don’t tell anyone I wrote to you.’ They were so scared and intimidated by the teachers’ unions.”

We’ve seen the uncompromising demands that teachers’ unions are making to keep schools closed. We’ve seen the harm closing schools is doing to our young people, academically, socially, and emotionally.

West Virginia was a teachers’ union stronghold a few years ago, but West Virginians finally got fed up with the unrealistic demands of the unions, delivering them in this new law as a stunning rebuke, and at the same time, giving parents more control of their children’s futures.