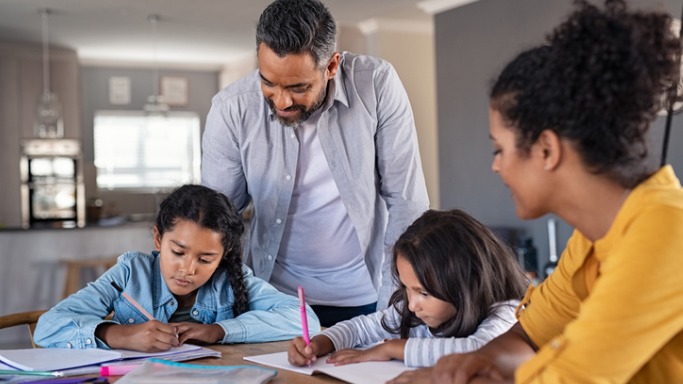 Parents have been worried for years about the increasing political indoctrination in both public and private schools. I’ve written about the issue (here) and I know that many parents—even those who might agree with the liberal message being pushed in schools today—feel it’s gone too far. Most parents want their kids to learn the basics—reading, writing, arithmetic, as the saying goes, and want politics left off school grounds.

Of course, believing kids should get a traditional and politics-free education doesn’t mean current events can’t be discussed in the classroom. Obviously, and especially for older students, that’s unavoidable. In fact, I think current events are a perfectly acceptable topic for older students to discuss in a classroom setting. Yet today, discussion isn’t even allowed. That’s the problem—it’s the absence of discussion, dissent, varied viewpoints, nuance, and debate!

Instead, kids are simply being told what they should believe on certain issues or that they’re not allowed to have an opinion because of their race (critical race theory) or their sex (toxic masculinity, mansplaining, sexism, the patriarchy) or because they’re “privileged,” meaning they “appear” to come from wealth, are white or Asian, or have some other immutable quality that someone determines makes their opinion irrelevant and unwelcome.

When teachers limit discussion, present only one side, or only allow certain individuals to speak, that’s not a marketplace of ideas; that’s the silencing of voices and the intimidation of those who might have alternative views on a particular issue. That’s not what education should look like!

Parents also worry that some more mature topics—such as discussions on gender identity, sexual preferences, and violence as a means of protest—are being presented to younger and younger students.

Sadly, parents feel helpless and scared. Writers Naomi Schaefer Riley, Bari Weiss, and Caitlin Flanagan have all written jaw-dropping essays on this trend and how parents are terrified to speak up.

It’s good that the genie is out of the bottle, so to speak. It’s important for people to understand that they’re not alone and that this is happening all over the country, and in both public and private schools.

Yet, while parents wring their hands and essayists write articles, kids continue to suffer within an educational system that isn’t preparing them for a productive future and, in many cases, is filling their heads with the sort of victim narrative that encourages kids to give up on their dreams or any hope of a productive future.

Essays exposing the problem are great, but parents wonder: What is being done to stop this madness?

Here’s some good news! Parents Defending Education is a brand new grassroots organization dedicated to helping parents fight back against political activism in schools. According to their website, the organization will build coalitions, conduct investigative reporting, use litigation when necessary, and push back on local and national policies that allow indoctrination in the classroom to thrive.

PDE Founder and President Nicole Neily, Vice President for Strategy and Investigations Asra Nomani, and Director of Outreach Erika Sanzi (read Erika’s essay on why she joined PDE here) have all focused on these issues for years. They are well equipped to advise parents how they can push back and protect their own children.

Check out their website, sign up for updates, and visit their resource page to find information about your community and school district and. Join the fight against the illiberal education.