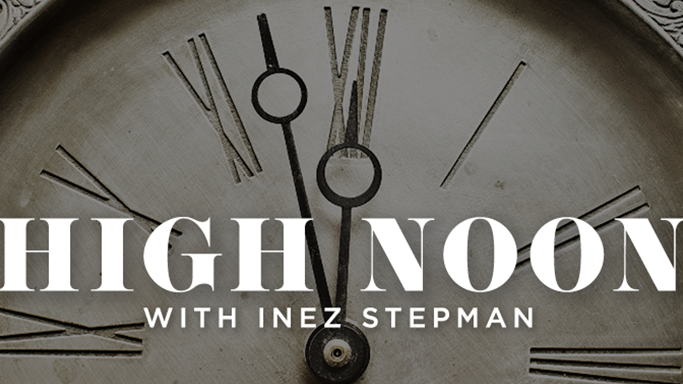 New York, NY — Today, Independent Women’s Forum (IWF) launched the High Noon podcast, hosted by Senior Policy Analyst Inez Stepman. High Noon is an intellectual download featuring conversations that make a free society possible. Every week, Stepman will speak with thinkers from all parts of the political spectrum to discuss the most controversial subjects of the day in a way that hopes to advance a common American future.

Of the podcast’s launch, Stepman said, “We’re going to have the conversations the current gatekeepers of our institutions don’t want us to have. The ones about sex differences, race relations, education, technology, technocracy, and building new institutions that serve the American people. According to polling, sixty-five percent of Americans are now afraid to share their political beliefs. We’ll be hosting the brave ones in hopes to grow their ranks every week. I can’t wait to share these conversations every Wednesday at ‘high noon.’”

High Noon’s first episode featured Dr. Debra Soh, a neuroscientist specializing in gender, sex, and sexual orientation, and author of The End of Gender: Debunking the Myths about Sex and Identity in Our Society.

Stepman and Dr. Soh discussed the science of sex differences and the biological reality of the maligned “gender binary.” Dr. Soh offered advice for parents of children struggling with feeling out of place in their bodies, as well as for young women feeling pressured to take on stereotypically masculine traits. “Sex and gender definitely are not socially constructed, and for whatever reason, it’s become hateful nowadays to talk about biology and I don’t think it should be,” said Dr. Soh.

The two also covered increasing pressure in scientific fields to design studies and research in a way that comports with political ends. Dr. Soh left the academy when she found she could not conduct unbiased research.

In a message to those still in the trenches of academia being pressured to produce bad science for political purposes, Dr. Soh added, “I would say just stick to your guns and do what you want to do and face the backlash if you’re going to face it when it happens. I do have colleagues who are still doing amazing work in academia and they’ve faced a lot of pushback, but they keep going and I do think it’ll come to a point where all the good people are going to either quit, get fired, or hopefully, other people will grow a spine and defend them.”

The full episode and transcript is available here. A new episode of High Noon with Inez Stepman will be released every week on Wednesday. The next two guests will be Melissa Chen of Spectator USA and Christopher Rufo of the Manhattan Institute.