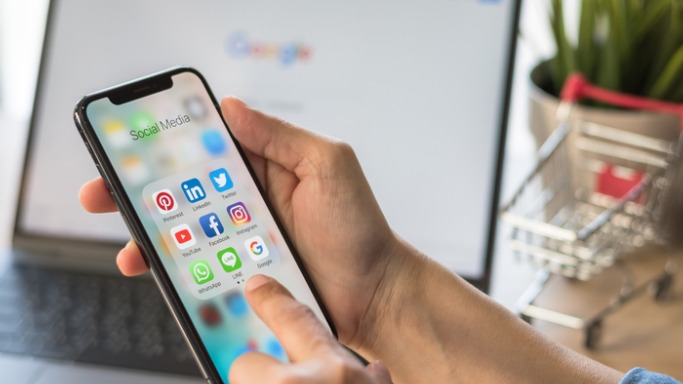 The conveniences that make life and work easier and faster and save consumers money may disappear.

Congress has followed through on threats to impose new regulations on Big Tech. On Friday, the House of Representatives introduced five antitrust bills aimed at limiting the power and size of Amazon, Apple, Facebook, and Google.

These bills would restrict how these tech titans operate and the services they provide. The (unintended) impact may be to hurt consumers and smaller businesses in ways that no one would want. Meanwhile, the bills do nothing to address concerns about censorship of Americans’ speech online, something that conservatives are fighting for.

Big Tech has enemies in camps on the left and the right. Make no mistake that the end goals of conservatives and liberals are not the same, even though some of them are coming together to target large tech companies. Sadly, consumers may be caught in the crossfire.

Breakdown of the new antitrust bills

Members of the U.S. House of Representatives introduced five bills that do the following:

This suite of bills represents the most sweeping overhaul of decades-old antitrust law and is the culmination of over a year of investigations and hearings that dragged the Big Four CEOs to Washington for grillings.

In the past, technology companies have operated largely free from heavy-handed government intervention, especially in their operations, until now.

Lawmakers on the left are concerned with the size of tech companies while those on the right are focused on how they influence the political discourse.

Here are comments from the Chairman of the House Antitrust Subcommittee David Cicilline (D-RI) on the bills:

Right now, unregulated tech monopolies have too much power over our economy. They are in a unique position to pick winners and losers, destroy small businesses, raise prices on consumers and put folks out of work. Our agenda will level the playing field and ensure the wealthiest, most powerful tech monopolies play by the same rules as the rest of us.

Ranking Member Ken Buck (R-CO), who co-sponsored one of the bills, said this:

This legislation breaks up Big Tech’s monopoly power to control what Americans see and say online, and fosters an online market that encourages innovation and provides American small businesses with a fair playing field. Doing nothing is not an option, we must act now.

The irony is that left-leaning lawmakers want to restrict online speech further; they are not pursuing the free flow of ideas. They believe that companies like Facebook have not done enough to stifle pro-Trump voices (including that of the former president himself) and conservative viewpoints. The speech of conservatives is often lumped together with terrorists, murderers, and other dangerous individuals as somehow violent or dangerous.

The end goal of these bills will not be less shadow banning, fewer fact-check alerts, fewer crackdowns on unpopular ideas, and less suppression of news stories on political grounds.

Instead, there will be fewer choices for consumers, more limited services for small businesses, and fewer conveniences.

In a Medium post entitled New House Bills Would Ban These 15 Tech Conveniences That Consumers Love, Adam Kovacevich of the left-leaning Chamber of Progress writes:

But based on preliminary reporting, two proposals from Rep. David Cicilline and Rep. Pramila Jayapal inexplicably target a whole host of tech conveniences that save people time and money and put tech to work for people.

Specifically, their bills would impose new “nondiscrimination” and “conflict of interest” provisions that would turn Amazon, Apple, Facebook, Google, and Microsoft into the phone company, barring the kind of integrated product design that makes their product more useful for hundreds of millions of people.

He then listed popular services that would disappear because of these bills including:

These conveniences make life and work easier and faster and save consumers money—but would be in conflict with two of the most concerning bills introduced.

On the right, Robert Bork, Jr., son of Judge Robert Bork, wrote for National Review that conservatives should be wary of embracing proposals by break-’em-up firebrands:

But conservatives should reject her approach. Throughout her piece, Bovard focuses solely on a handful of Big Tech companies for their content decisions that anger conservatives. On this narrow concern, she endorses a purported return to a conservative stand against bigness that would, if enacted, mean the end of capitalism as we know it in America.

The tech space has entered a new phase with these proposed regulations. Until now, the internet flourished under a light regulatory touch.

It is questionable whether all of these bills will pass out of committee and be voted on in both Houses. However, the signal is clear that Congress wants to do something about Big Tech regardless of how harmful it may be to Americans.

Breaking Up Tech Companies and Pushing for Global Minimum Tax