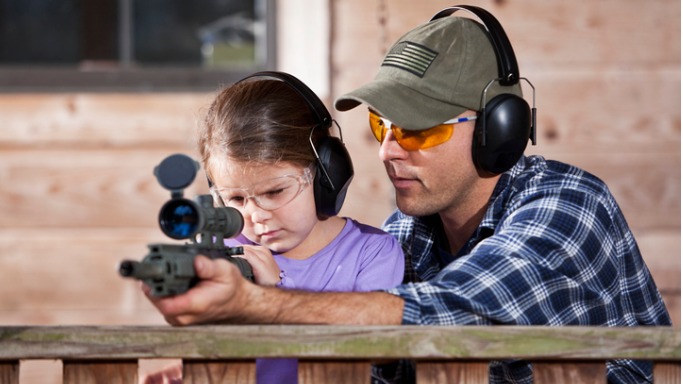 Nominee David Chipman has made his career in anti-gun organizations.

President Biden has put forward his nominee to lead the Bureau of Alcohol, Tobacco, Firearms, and Explosives (ATF). Nominee David Chipman has gone through a round of Senate Judiciary Committee hearings. He has shown his views to be out of step with what law-abiding families experience when they decide how to protect their own families.

In addition to a career at the ATF, David Chipman served as a Senior Policy Advisor to former New York Mayor Michael Bloomberg’s organization Mayors Against Illegal Guns. He is currently a Senior Advisor for the Giffords Group, which says its mission is, “to save lives from gun violence,” although there is no documentation that policies the group promotes actually save lives.

Chipman appeared before the Senate Judiciary Committee on May 26th, 2021, to answer questions posed by the Senators.

Tennessee Senator Marsha Blackburn said that the ATF should go after criminals, not law-abiding gun owners. Chipman said that he wants to go after criminals. Senator Blackburn took him to task on that assertion, because of his statements that all “assault weapons” should be registered, and no new ones should be manufactured. The National Shooting Sports Foundation estimates there are twenty million modern sporting rifles in circulation. Does Chipman believe that those twenty million people are criminals? If not, then why would he support registering those honestly and lawfully acquired firearms?

Utah Senator Mike Lee asked questions concerning Chipman’s statements about a bill making suppressors easier for law abiding Americans to purchase, calling him out on his assertion that, “The only people that benefit from this bill are gun lobbyists and criminals who want easier access to deadly weapons.” Senator Lee pressed him about all the people who own suppressors because it protects their hearing. Chipman suggested earplugs. It is interesting to note that in the U.K., where gun control is significantly stricter than in the United States, “sound moderators” are not considered a significant firearm accessory, and have become more common for hearing protection.

Arkansas Senator Tom Cotton asked Chipman to commit to looking into Hunter Biden’s falsification of his firearm background check form. Chipman made no such commitment.

And finally, Missouri Senator Josh Hawley delved into whether Chipman believes there should be armed guards in schools. He does not.

Chipman’s policy positions are outside the norm. Parents read about violent incidents in schools and wonder how they would be made worse by the absence of School Resource Officers, or other armed guards and staff.

The twenty million law-abiding owners of AR-15s and other modern sporting rifles, whose firearms have never been involved in any crimes, may not see why they must file a permission slip with the government to keep their firearm, while crime increases in their neighborhoods. Especially when restricting the ownership and use of such firearms didn’t actually reduce crime.

And while most people have never thought about purchasing a suppressor, the process to purchase this accessory is beyond cumbersome. It is a process that costs $200 just to pay the transfer tax and an ATF application process that takes from 8-10 months to process. All this for a hearing protection accessory for a firearm that the gun owner already passed a background check to buy.

Where does Chipman’s nomination go from here? According to Larry Keane from the National Shooting Sports Foundation, there are a number of ways this nomination process could play out:

There are a couple of ways forward. First, the committee doesn’t have to set a date for a vote. That could be a signal from the committee to The White House that the nomination is doomed. President Donald Trump nominated Chuck Canterbury for the same position and his nomination was never considered by the committee and eventually withdrawn by the Trump administration.

That’s an unlikely scenario here. President Biden is being pressured by gun control groups, including Giffords and Everytown for whom he also lobbied, to push Chipman’s nomination through. Giffords began lobbying the White House to appoint Chipman almost immediately after the election last November. There’s nothing more these anti-gun groups would like to see than a figurehead that would slash and burn the firearm industry. That would suggest that senators on the committee will have to cast their votes. With the Senate split 50-50, the committees are also split 50-50. That could mean Chipman’s nomination could end up in a tie in the committee but that wouldn’t end his nomination.

The Senate’s power-sharing agreement would mean that should Chipman’s nomination end in a tie at the Senate Judiciary Committee, Chairman Dick Durbin (D-Ill.) would be required to transmit a notice of the tie to the Secretary of the Senate. That would allow Senate Majority Leader Chuck Schumer (D-N.Y.) to make a “motion to discharge” the nomination from the committee, allowing all senators to vote on whether the full Senate should consider the nomination. That could be a litmus test as to where Senators would eventually vote, but not necessarily. If the motion to discharge passes, the nomination would then immediately be put on the Senate calendar.

That would mean Chipman’s nomination would require 50 votes, plus one. Given the Senate is split evenly, this would mean Vice President Harris would be the tie-breaking vote. Obviously, if given the chance, she would vote to confirm.

What should a constituent do to make sure her U.S. Senator knows her opinion? Contact your Senators here. Let them know that you want them to support cabinet leaders who will work to keep us safe, not push an agenda that has never proven successful in improving safety.

Heather Mac Donald – On Uncomfortable Truths about Policing and Crime