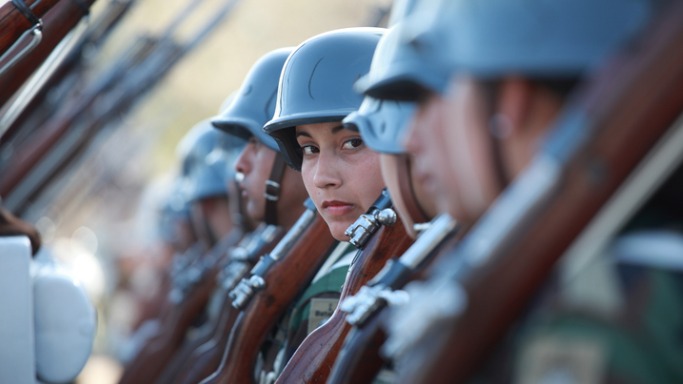 Special Message to the 117th Congress: Don’t Draft Our Daughters

We write to you united in serious concern about the National Defense Authorization Act (NDAA) for 2022 which the Senate Armed Services Committee approved on July 21. The legislation is unacceptable because it would amend the Military Selective Service Act (MSSA) to require young women to register with Selective Service for a possible future draft.

Sen. Jack Reed’s deceptively simple language – reportedly to change the MSSA words “male citizens” to “all Americans” – is unnecessary, unwise, and, in our view, outrageous. Imposition of Selective Service obligations, including a possible future draft of our daughters, sisters, and nieces, would not only hurt women, it would compromise our military’s essential function during a time of catastrophic national emergency.

A monumental and consequential reversal such as this should not be approved behind closed doors, and the full Senate and House should not rubber-stamp “Draft Our Daughters” language in the NDAA. The only acceptable option is to strike the Reed amendment and seriously, thoroughly, and responsibly consider what the Selective Service law really means. This is a matter of national security – not “women’s rights,” “men’s rights,” or civilian volunteer service.

Article 1, Section 8 of the U.S. Constitution assigns to Congress the authority to establish and support the armed forces and to ensure that they are prepared to secure our nation and defend our freedom. As the Supreme Court has recognized, the purpose of a draft is not to fill various noncombat billets, it is to quickly provide qualified replacements for combat casualties.

In 2016, following intense controversy about ill-advised “Draft Our Daughters” legislation, Congress established the National Commission on Military, National, and Public Service, directing the Commission to study and provide an objective report on options for Selective Service. Those expectations were not met.

Over three years, the Commission spent $45 million tax dollars to pursue a pre-conceived agenda. The Commission’s Final Report recommended that Selective Service obligations be imposed on women for the lamest of reasons, stated in four vacuous words:“The time is right.” (Executive Summary, p. 12)

Were the issue not so serious, that comment would be laughable. The time is never right for Congress to vote for ill-advised legislation that has ramifications well beyond symbolic gestures of “equality.” American women deserve better than this.

There remains no justification for ill-considered legislation to “Draft Our Daughters” for military service, creating future societal and political crises that undermine national defense at a time when America is in peril.

The case for registering and drafting our daughters simply has not been made. Enactment of the Reed language in the NDAA could mean that any future call for Selective Service draftees would have to include women in equal numbers. Theories about gender equality would break down here.

Assigning priority to “equity” over military necessity would hinder the rapid replacement of combat casualties by diverting scarce time and resources to the challenge of evaluating and training thousands of draft-age women – just to find the few who might be minimally qualified for the requirements of combat arms.

This defies logic and common sense and denies enduring differences that deserve respect. Numerous studies, including this one for the Naval Health Research Center and others mentioned here, have shown that most women cannot meet combat arms standards while most men can. “Gender-neutral” call-ups of both men and women would jam the induction pipeline and slow mobilization at the worst possible time – when our soldiers are fighting and dying on the battlefield.

The National Commission barely mentioned the three-year, $36 million research study that the Marine Corps conducted with scientific evaluations by the University of Pittsburgh and other leading experts. In field tests simulating typical combat tasks, experts compared the performance of all-male and mixed-gender units operating heavy weapons and marching under combat loads.

A four-page summary of voluminous findings reported that servicewomen were two to six times more likely to be injured, and all-male squads and teams out-performed mixed-gender units 69% of the time. Citing this research in 2015, the Marine Corps asked that some infantry units remain all-male. The Defense Department ignored the Commandant’s request and the highly credible research findings that backed it up.

Since then, the Army’s new Combat Fitness Test (ACFT) was supposed to keep standards high, but “gender-neutral standards” have not worked. Officials have adjusted test requirements and scoring systems to reduce initial failure rates (84% for women, 30% for men), but equivocal “percentile” scoring systems still will not disguise immutable physical disparities that the battlefield will expose without mercy.

Some remarkable women have succeeded in Ranger training, but co-ed conscription would involve women and men of average abilities. The situation is not “equal” because women in uniform suffer unequal rates of health problems, including infertility and higher risks of suicide.

Pentagon data shows that female attrition has been twice as high in units that used to be all-male. (Losses due to pregnancy may be a factor, though data is difficult to obtain.) These facts matter because the purpose of conscription is not to induct support troops; it is to provide an effective system for rapidly replacing casualties fallen in battle.

We admire and support the patriotic women who volunteer for military service, and no one questions their commitment or their courage. Those who serve in America’s military are free to pursue their dreams and contribute to the defense of our nation to the best of their abilities. But this is quite different from the involuntary registration and possible conscription of draft-age women. Instead of improving military readiness, such a policy would make combat arms units less strong, less fast, more vulnerable to debilitating injuries, less ready for short-notice deployment, and less accurate with offensive weapons during combat operations.

This is also not about “fairness.” Women have always volunteered to serve in times of national emergency. It is an affront to suggest that women would not do so again. We object to the equally insulting notion that women are not equal in dignity or worth if they are not subject to the draft on the same basis as men.

President Jimmy Carter asked Congress to register women for the draft “based on equity,” but the Supreme Court recognized that Congress “was certainly entitled, in the exercise of its constitutional powers to raise and regulate armies and navies, to focus on the question of military need rather than ‘equity.’” (Rostker v. Goldberg, 1981)

We expect Congress to handle this issue responsibly, putting national security first. Individual members of the House and Senate can and should review contemporary research findings that have confirmed physical disparities affecting readiness to deploy, unit strength, speed, and superiority in battle. Though rules regarding women in combat have changed, Congress can reasonably, rationally, and appropriately determine that it would not make sense for Selective Service to register or call up thousands of female draftees just to find the few who might meet standards in the combat arms.

If Congress truly respects women, it will not allow the military to be co-opted into a broader ideological project, which includes destroying all distinctions between being male and female, regardless of the well-being of the men and women who serve or of society at large.

We ask you to strike the Reed “Draft Our Daughters” amendment in the Senate NDAA for 2022 and oppose any House or Senate legislation that would have the same effect. There is no place in our military for social/political agendas that undermine critical objectives of national defense.