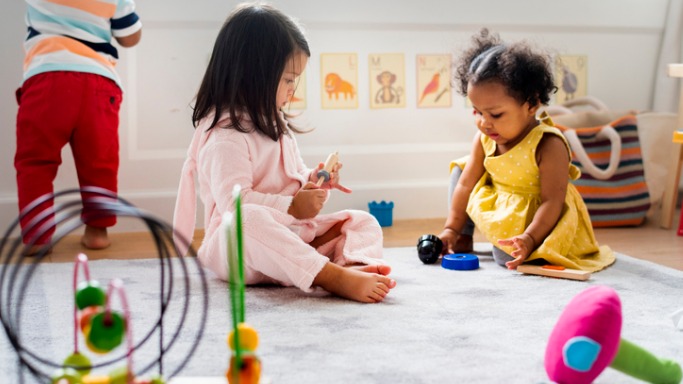 Particularly distressing is the bill’s establishment of programs for early childcare (from birth to three years old) and universal preschool (from three years old to kindergarten). While these programs sound appealing, childcare is a complex subject ill-suited to hasty backroom dealmaking.

Commenters have already identified several glaring problems with the legislation. For example, it could dramatically increase the cost of childcare for middle-class families for several years, and it severely penalizes marriage. And, for low-income families with two or more children, the cost of childcare for that family could easily exceed one parent’s wages due to the program’s high price tag. Is this seriously the best way to help such families?

Another problem with the legislation is that it threatens to crowd out family-based childcare and other more flexible, alternative childcare arrangements. Approximately 41% of children are cared for entirely by their parents. While some of these parents would gladly reenter the workforce if the cost of childcare were not an issue, many parents prefer to stay home with their children. About 60% of Americans think young children are better off with one parent at home. Another 22% of children receive care from a relative, often a grandparent.

Many additional children are cared for by providers offering alternative or part-time arrangements, many of whom would not qualify for government subsidies under the bill’s rigid requirements. For example, over 50,000 families participate in “cooperative” preschools, where parents take turns volunteering in the classroom under the supervision of a professional teacher, which reduces the cost of tuition and benefits children through an engaged and supportive parental community.

This means that well over 60% of current childcare arrangements would receive no support from the government under the Democrats’ plan, making these arrangements less attractive options should the legislation pass. By subsidizing one form of childcare and not others, the legislation would incentivize families to opt for the subsidized childcare. In Japan and Quebec, for example, scholars have observed that government-provided childcare caused families to shift from family-based to center-based care, with little effect on maternal employment. In Japan, it also caused more families to live apart from grandparents, who were no longer used for childcare.

As a mom of two young children, this topic is deeply personal. For over five years, my mother has cared for my children while my husband and I work — my parents actually moved from Kansas to the Washington, D.C. area to help us, and they even built their house on our property. I cannot imagine my parents making this sacrifice if my husband and I were eligible for government-subsidized childcare. Instead, my husband and I likely would have dropped off our children at corporate daycare each weekday, and we’d visit my parents in Kansas a few times a year. This counterfactual certainly would alleviate burdens on my parents, but I don’t think my family would be as close or as strong.

My children also have attended a small, part-time cooperative preschool to prepare them for kindergarten, on whose board I now serve. I doubt this preschool would survive if the Democrats’ plan passed. It’s unclear whether cooperative preschools would be eligible providers under the plan, and even if they were, our preschool doesn’t provide the minimum number of annual hours (1,020). But our part-time hours are perfect for families with alternative childcare needs, either because one parent works part-time or the parents have alternating work schedules.

Even if our preschool qualified for government subsidies, the administrative burden required to qualify for those subsidies would be difficult to bear. The school has only three part-time teachers and one part-time administrative staff member, whose job is to ensure compliance with existing state licensing requirements. I cannot begin to fathom the additional regulatory hoops the school would need to jump through to become an eligible provider under the Democrats’ plan, and I’m skeptical that our small school could handle the cost.

Of course, I am exceedingly lucky to have amazing parents who were ready and willing to assist my family. Many families struggle with the cost of childcare, particularly in cities like D.C., which has a high cost of living and the highest childcare costs in the nation, partly due to government regulation. Congress should tackle this problem by thoughtfully considering, among other important questions, how best to support such families without crowding out childcare arrangements that are working for millions of families.

Congress instead appears on the precipice of passing legislation that will reshape American families with a careless disregard for getting the job done right.

Select your answer about child care below.