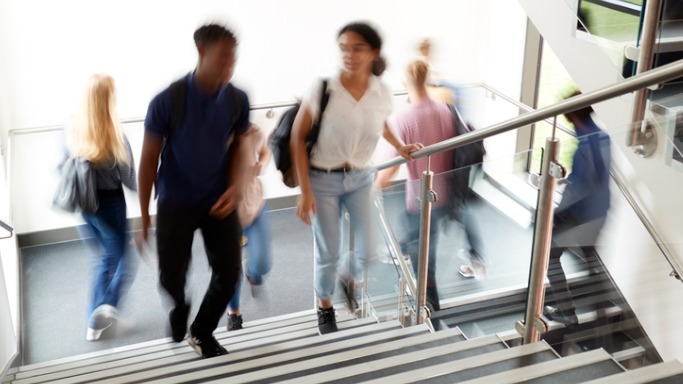 Education Freedom is a Winning Message for Conservatives

The pandemic pushed support for education freedom to historic highs. A recent poll from OnMessage Inc. found that 75% of respondents supported the statement that “[p]arents should be in charge of decisions regarding their children’s education”⁠—including 86% of Republicans, 65% of Democrats, and 74% of independents.

The support remains overwhelmingly strong for giving parents educational options. Two polls of approximately 4,000 registered voters from 2021 and 2022 by RealClear Opinion Research found that about 75% of respondents supported the concept of school choice, i.e. “the right to use the tax dollars designated for their child’s education to send their child to the public or private school” of the parents’ choosing. Over 80% of Republicans supported the concept, as did about 70% of Democrats and independents. These figures represent a nearly ten point shift in support for school choice since early 2020.

The pandemic has increased support for school choice for a variety of reasons. Many parents, like myself, were disturbed by the stark contrast between public and private schools with regard to reopening for in-person instruction. As a neighbor once told me, his blood boiled every time he drove by a private school that was open while his children were stuck at home staring at laptops.

Other parents have come to support school choice for different reasons. While much of the pandemic education debate focused on parents lobbying for school reopening or against mask mandates, there were also parents who wanted the option to enroll their children in schools that were more cautious with respect to COVID-19. One August 2021 poll by Echelon Insights found that 76% of Democrats supported providing vouchers to parents who felt their children were unsafe in school because the school did not mandate masks.

Although Democrats have traditionally had an advantage on educational issues due to promises to increase educational spending (and a media narrative heavily influenced by teachers unions), parents during the pandemic saw firsthand how public schools were showered with federal relief funds yet nevertheless remained closed. And the recent Virginia gubernatorial election underscores how the rising popularity of educational freedom translates into election-day wins, as Governor Glenn Youngkin’s campaign was propelled to victory by parents who simply want more of a say in their children’s education.

Conservatives would be wise to capitalize on this shift in public sentiment by cementing educational freedom as a cornerstone of their policy platform.